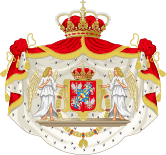 Sigismund III Vasa (Polish: Zygmunt III Waza, Lithuanian: Zigmantas Vaza, English exonym: Sigmund; 20 June 1566 – 30 April 1632 N.S.) was King of Poland and Grand Duke of Lithuania, a monarch of the united Polish-Lithuanian Commonwealth from 1587 to 1632, and King of Sweden (where he is known simply as Sigismund) from 1592 until he was deposed in 1599. He was the son of King John III of Sweden and his first wife, Catherine Jagellonica of Poland.

Elected to the throne of the Polish-Lithuanian Commonwealth, Sigismund sought to create a personal union between the Commonwealth and Sweden (Polish-Swedish union), and succeeded for a time in 1592. After he had been deposed in 1599 from the Swedish throne by his uncle, Charles IX of Sweden, and a meeting of the Riksens ständer (Swedish Riksdag), he spent much of the rest of his life attempting to reclaim it.

Sigismund remains a highly controversial figure in Poland. His long reign coincided with the apex of the Polish-Lithuanian Commonwealth's prestige, power and economic influence. On the other hand, it was during his reign that the symptoms of decline leading to the Commonwealth's eventual demise surfaced. Popular histories, such as the books of books of Paweł Jasienica, tend to present Sigismund as the principal source of these destructive processes; whereas academic histories are usually not damning of him. However, the question of whether the Commonwealth's decline was caused by Sigismund's decisions or had its roots in historical processes beyond his personal control, remains a highly debated topic.

He was commemorated in Warsaw with Zygmunt's Column, commissioned by his son and successor, Władysław IV.

Sigismund was elected King of Poland and reigned 1587-1632. By paternal inheritance, he also succeeded in 1592 as King of Sweden but was deposed in 1604. From his grandmother Bona Sforza he inherited the title of King of Jerusalem. 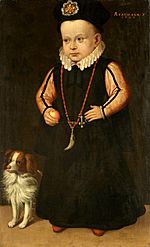 He was born at Gripsholm during his parents' imprisonment by King Eric XIV. Although Sweden had become Protestant by this time, Sigismund remained a Catholic, the religion of his mother. This fact, combined with the troublesome personal union, of his divided kingdoms would thwart his attempts to find support in Sweden.

His mother, Katarzyna Jagiellonka, was the daughter of Sigismund I the Old and his wife Bona Sforza. The Jagiellon dynasty had held the crown of the Polish-Lithuanian Commonwealth since the first Jagiellon ruler, Władysław II Jagiełło, had received it in 1386 through his wife Jadwiga Angevin.

In 1587, he was a candidate for the monarch of Polish-Lithuanian Commonwealth, following the death of previous Polish king, Stefan Batory. The election was held in the shadow of conflict between the Polish nobility (szlachta), with the two opposing sides gathered around Chancellor Jan Zamoyski and the Zborowski family. Sigismund, supported by Zamoyski and the former king's wife, Anna Jagiellon, was elected King of the Polish-Lithuanian Commonwealth on 19 August 1587 and recognized as such by the interrex, the Primate of Poland, Stanisław Karnkowski.

However, the election was disputed by the other candidate, Maximilian III of Austria, and opponents of Sigismund chose not to respect the election outcome, decreeing that Maximilian was the rightful monarch. Neither Sigismund nor Maximilian were present in the Commonwealth at that time. After receiving news of his election, Sigismund quickly departed from Sweden and arrived in Oliwa on 7 October (his landing was delayed due to the hostility from the Protestant Gdańsk). In his Pacta conventa Sigismund accepted a reduction of monarchal power in favour of the Sejm (Commonwealth parliament), which in all probability marked the beginning of the decline of the Commonwealth and the end of Poland as a great power of the era.

Lesser Prussian Treasurer Jan Dulski representing the Crown Marshall Andrzej Opaliński proclaimed him to be the king. Sigismund returned to his ship on the same day, arriving in Gdańsk next day, and after approximately two weeks he had departed to Kraków, where he was crowned on 27 December of that year. 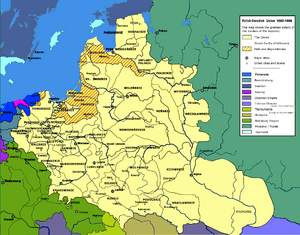 When Maximilian attempted to resolve the dispute by bringing a military force and starting the war of Polish succession, he was defeated at the battle of Byczyna by the supporters of Sigismund, under the command of Polish hetman Jan Zamojski. Maximilian was taken captive and released only after intervention by Pope Sixtus V. In 1589, he waived his right to the Polish crown.

In 1592 Sigismund married the Austrian archduchess Anna of Austria (1573–1598) Anna Habsburzanka and after his father's death the same year, he received permission from the Sejm to accept the Swedish throne. After Sigismund promised to uphold Swedish Lutheranism he was crowned king of Sweden in 1594; for a short time there was a personal union between Commonwealth and Sweden (Polish-Swedish union). He tried to rule Sweden from Poland, leaving Sweden under control of a regent, his paternal uncle Duke Charles. In 1596 he succeeded in creating the Union of Brest, which attempted to bring part of the Orthodox religion into Catholicism. In the same year he transferred the capital of Poland from Kraków to Warsaw. 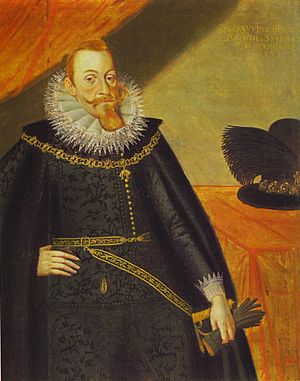 After his wife Anna died in 1598, he married her sister Constance of Austria in 1605. Troubles were growing on the southern border of the Commonwealth, where Jan Zamoyski and other magnates were engaged in the Magnate wars in Moldavia. Eventually after the defeat of Polish forces in the battle of Cecora in 1620 Commonwealth would have to relinquish its claims to the Principality of Moldavia.

Due to Sigismund's strong support of the Counter Reformation, his support back in largely Protestant Sweden eroded quickly. Charles soon took full control of Sweden and rebelled against Sigismund, claiming that Sigismund would re-Catholicize Sweden. In 1598 Sigismund, with a mixed army from Sweden and Poland, was defeated at the Battle of Stångebro. Sigismund was forbidden to rule Sweden from abroad but nevertheless returned to Poland, and so in 1599 was deposed. This and his decision to incorporate Livonia into the Commonwealth led to the Polish-Swedish War, which lasted, with minor breaks, to 1629. The war ended with Sweden gaining Livonia. The kingship was ultimately ceded to Charles. Sigismund, however, did not relinquish his claim to the Swedish throne, and his subsequent foreign policy was aimed at regaining the Swedish crown. This led to bitter relations and several wars between the two countries, to end only after the Great Northern War.

In 1605 Sigismund attempted to strengthen the monarch's power by asking the Sejm (the Polish-Lithuanian Commonwealth's parliament) to limit the liberum veto, increase taxes, and augment the military. His opponents, led by Mikołaj Zebrzydowski, declared a confederation and rokosz at Sandomierz, leading to a civil war known as rokosz Zebrzydowskiego (Zebrzydowski's Rebellion). Eventually, royalist forces defeated the rokoszans on 6 July 1607 at the Battle of Guzów, but the eventual compromise was a return to the status quo ante from before 1605. 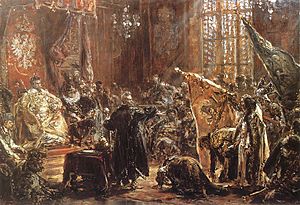 Another important conflict in his reign was the Polish-Muscovite War (1605-1618), also known as The Dymitriads. Sigismund and many Polish magnates attempted to exploit the Muscovite civil war (the Time of Troubles), and after a lengthy war the 1618 Truce of Deulino gave some territorial concessions to the Commonwealth (mainly the Smoleńsk Voivodship). Nonetheless, this war increased tensions between Poland and Russia, and ruined the prospects for a Polish-Lithuanian-Muscovite Commonwealth.

Sigismund was a gifted artist. A painter and goldsmith, of his three paintings known to survive, one was for centuries erroneously attributed to Tintoretto; and from his own, personal workshop came the main part of the famous silver coffin of St. Adalbert of Prague at the Cathedral in Gniezno.

Sigismund died at the age of 65 in the Royal Castle in Warsaw.

Many historians believe that Sigismund viewed Poland only as a tool that would allow him to eventually regain the throne of Sweden. To this end he tried to strengthen his royal power and allied himself with Habsburgs and Counter-Reformation forces. His policies were opposed by many in the Polish nobility (the szlachta), most notably the chancellor Jan Zamojski. This led to a semi-legal rebellion against the king (rokosz), known as rokosz of Zebrzydowski (1606–1608), which was a response to Sigismund's attempt to introduce majority voting in place of unanimity in the Sejm. Eventually Sigismund's forces were victorious, but the rebels went unpunished. Partially in order to pacify the restless szlachta, Sigismund supported war with Muscovy (the Dimitriads, 1608–1618). Although Commonwealth forces were almost constantly shuffled between wars in the East (with Muscovy), north (with Sweden) and South (with Ottomans - the Polish-Ottoman wars), Sigismund took advantage of the civil war in Russia (the Time of Troubles) and secured temporary territorial gains for the Commonwealth.

While Sigismund never managed to regain the Swedish throne, his personal ambition to do so did succeed in provoking a long series of conflicts between the Commonwealth and Sweden and Muscovy. While the Commonwealth Sejm managed to thwart many of the plans of Sigismund (and later of his son, Wladislaw), the Vasa dynasty nonetheless succeeded in partially drawing the Commonwealth into the Thirty Years' War. The conflict with Sweden, combined with wars against Ottomans and Muscovy, culminated well after Sigismund's death in the series of events known as The Deluge, which ended the Golden Age of the Commonwealth.

During his reign he permitted the Brandenburg Hohenzollerns to inherit Ducal Prussia.

Sigismund III Vasa is one of the personages in a famous painting by Jan Matejko, depicting the preaching of Piotr Skarga.

All content from Kiddle encyclopedia articles (including the article images and facts) can be freely used under Attribution-ShareAlike license, unless stated otherwise. Cite this article:
Sigismund III Vasa Facts for Kids. Kiddle Encyclopedia.