Evansville, Indiana, USA is the home of three minor league professional, two semi-professional, and one amateur sports team. The city is also the home to two NCAA collegiate teams, and nine high schools that participate in the Indiana High School Athletic Association. Evansville is also the annual host to the Hoosier Nationals, a BMX National Series race sanctioned by the National Bicycle League. The Hoosier Nationals take place on the BMX course at Evansville's Burdette Park.

Evansville is the home of two semi-professional sports teams.

The Evansville Crush are a semi-professional football team based in Evansville. The team is part of the Premier Arena Soccer League. The Crush's home field is the Metro Sports Center.

From 1957 to 1975 Evansville hosted the NCAA Men's Division II Basketball Championship (Elite Eight) at Roberts Municipal Stadium, and then again in 2002. The city is also slated to host the event at the Ford Center in 2014. From 1999 to 2007 Roberts Stadium hosted the Great Lakes Valley Conference basketball tournaments, and in 2013 and 2014 the same event was held at the Ford Center.

A number of Division I NCAA events have been hosted by the city as well. In 1983 Roberts Stadium hosted the first round of the NCAA Men's Division I Basketball Championship, and in 1980 and 1983 it hosted the Midwestern City Conference (now Horizon League) men's basketball conference tournament.

Thunder on the Ohio

Thunder on the Ohio had been an Unlimited hydroplane mainstay for 30 consecutive years. "Ideal Evansville" replaced Owensboro, Kentucky, on the unlimited calendar in 1979. Evansville was the world headquarters of Atlas Van Lines, Inc., which sponsored Bill Muncey's race team. Muncey played a major role in Evansville being awarded its first sanction.

Prior to Thunder on the Ohio, the 725 Cubic Inch Class boats, the forerunners of the modern unlimiteds, raced at Evansville from 1938 through 1940. Dave Villwock had won more Evansville races than anyone else, including seven with Miss Budweiser. 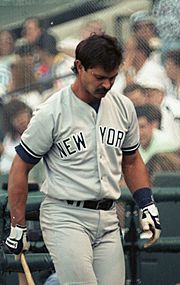 All content from Kiddle encyclopedia articles (including the article images and facts) can be freely used under Attribution-ShareAlike license, unless stated otherwise. Cite this article:
Sports in Evansville, Indiana Facts for Kids. Kiddle Encyclopedia.