The Lincoln and Welland Regiment facts for kids

The Lincoln and Welland Regiment is a Primary Reserve infantry regiment of the Canadian Army based in St. Catharines and Welland, Ontario.

The regimental colonel-in-chief is Sophie, Countess of Wessex and the regimental motto is Non nobis sed patriæ, "Not for us but for our country".

The crown represents service to the Sovereign. The design commemorates the former units which were amalgamated in 1936 to form the regiment. The general outline of the badge is derived from the badge of The Lincoln Regiment and the escallop, an emblem used by the former County of Welland, is from the badge of The Lincoln and Welland Regiment. "LINCOLN and WELLAND" is a form of the regimental title and "NON NOBIS SED PATRIAE is the motto of the regiment meaning "Not for Ourselves but for Our Country".

The Lincoln and Welland Regiment perpetuates the Battalion of Incorporated Militia of Upper Canada, The Coloured Corps (Captain Runchey's Company of Coloured Men), the 1st, 2nd, 3rd, 4th, and 5th Regiments of Lincoln Militia of the War of 1812.

In 1794, John Butler, who had commanded Butler’s Rangers during the American Revolution was appointed Commanding Officer of three battalions of Nassau Militia. Nassau (later Home District) was one of the Districts of Upper Canada, Niagara being only part of the district. By 1791 the battalions had a strength of 835 all ranks.

With the reorganization of the province into sixteen counties in 1792, Lincoln County (with 20 townships) came into existence. The militia was renamed and the Lincoln Militia, with three battalions came into being, some 849 strong. By 1794, Butler was a full colonel with four battalions reporting 976 all ranks. Many of the officers, NCOs and men had served with Butler’s Rangers during the Revolution and had received land grants in Niagara for this service. There is, however, no lineal connection of the Lincoln and Welland Regiment to Butler’s Rangers.

By 1808, there were five regiments of Lincoln Militia:

At the outbreak of the War of 1812, flank companies (limited to three officers and 38 men), of the five regiments took the field in all major engagements from Niagara to Detroit including the Battles of Queenston Heights, Lundy's Lane, Stoney Creek and Fort Detroit. The flank companies took the field together with Militias raised by various former officers including Colonel Isaac Swayze and did most of the militia's fighting. In all cases they were a credit to their country.

During the rebellion of 1837, units of the Lincoln Militia were called out to quell rebel uprisings in the Niagara Peninsula and the 2nd Lincolns were warned for duty in Toronto. In 1838, the 2nd conducted marches into the Short Hills to subdue rebel activity there. In 1846, Lincoln County was divided and Welland County was formed with three battalions of militia. The militia "regiments" were renamed "battalions". 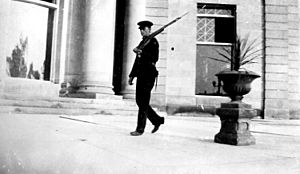 The 19th "Lincoln" Regiment and 44th Lincoln and Welland Regiment were placed on active service on 6 August 1914 for local protection duties with the Welland Canal Force.

The 81st Battalion, CEF was authorized on 10 July 1915 and embarked for Britain on 28 April 1916 where it provided reinforcements to the Canadian Corps in the field until 6 July 1916, when its personnel were absorbed by the 35th Reserve Battalion, CEF. The battalion was subsequently disbanded on 27 July 1917.

The 98th Battalion (Lincoln & Welland), CEF was authorized on 22 December 1915 and embarked for Britain on 16 July 1916 where it provided reinforcements to the Canadian Corps in the field until 6 October 1916, when its personnel were absorbed by the 12th Reserve Battalion, CEF. The battalion was subsequently disbanded on 17 July 1917.

The 176th Battalion (Niagara Rangers), CEF was authorized on 15 July 1916 and embarked for Britain on 29 April 1917. On 9 May 1917, its personnel were absorbed by the 12th Reserve Battalion, CEF to provide reinforcements to the Canadian Corps. The battalion was subsequently disbanded on 30 August 1920. 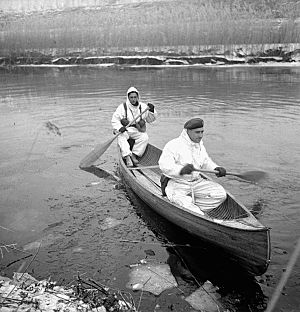 Infantrymen of the Lincoln and Welland Regiment in a canoe, training for the assault on Kapelsche Veer, Netherlands, January 26, 1945

The regiment was called out on service on 26 August 1939 and then details were placed on active service on 1 September 1939, designated as The Lincoln and Welland Regiment, CASF (Details), for local protection duties. The details were formed as an active service battalion and designated The Lincoln and Welland Regiment, CASF on 15 August 1940. It was redesignated as the 1st Battalion, The Lincoln and Welland Regiment, CASF on 7 November 1940. The unit served in British Columbia, as part of the 13th Infantry Brigade, and in Newfoundland in a home defence role as part of Atlantic Command. On 16 July 1943 the 1st Battalion it embarked for Britain. On 25 July 1944 it landed in France as a part of the 10th Infantry Brigade, 4th Canadian Armoured Division, and it continued to fight in North-West Europe until the end of the war. The overseas battalion was disbanded on 15 February 1946.

The highest and most distinguished award for valour, the Order of the Bronze Lion was bestowed upon the regiment's Sergeant Wallace Edmond Firlotte.

From Tilly-la-Campagne on 31 July 1944 until Bad Zwischenahn on 1 May 1945, the regiment distinguished itself in many actions. Over 1500 men of the regiment were casualties. Of the original men who enlisted in 1940, only three officers and 22 men were on parade in St. Catharines in 1946 when the 1st Battalion was dismissed.

In late December 1945, the regiment requested authority to ship to Canada its M5A1 Stuart VI recce tank Serial No. WD CT271427, manufacturer's number 10778, nicknamed "Press-On", to assist in forming a regimental museum collection. This tank was salvaged and repaired by the unit's Pioneer Platoon after being blown up on a mine in the battalion area. The turret was removed, and it served as the COs command and recce vehicle through action in Holland and Germany. The request cited its presence on the battlefield signified that the CO was present as an inspiration and confidence to all ranks. Its reputation as a mascot, led all those on strength at the end of hostilities to sign their names on the sides. It is a late production M5A1, with periscope guards on the crew hatches, a large rear storage box, and a not uncommon mix of road wheel types. It now stands in front of the armoury in St. Catharines, Ontario. 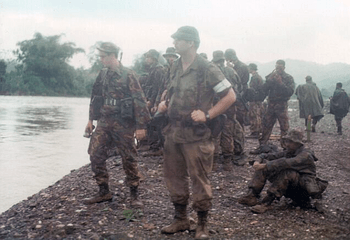 A Lincoln and Welland Regiment NCO attached to a rifle company of the affiliated Bermuda Regiment, training in Jamaica, 1996.

In the years since the Second World War, the regiment has busied itself with the many tasks traditionally entrusted to the Canadian Militia during peace time. Ceremonial parades have been attended and guards mounted, most notably the visits of The Princess Elizabeth (now Queen Elizabeth II) and Prince Philip to Niagara Falls in 1951 and Queen Elizabeth the Queen Mother to Niagara-on-the-Lake in 1981.

During the Blizzard of 1977 in the Niagara Peninsula the regiment was called out to provide assistance to the civil authority. It rescued over 1500 stranded school children and provided assistance to countless residents during the emergency. For this assistance, the regiment received a vote of thanks from the House of Commons. The regiment provided volunteers to assist during the 1997 Red River flood and the 1998 Ice Storm in Eastern Ontario and Quebec.

The year 1994 marked the 200th anniversary of the regiment and was commemorated in many ways. The trooping the colours, presentation of freedom of the town of Fort Erie and the dedication of the regiment's memorial garden all served to remind the regiment and the community of the service and sacrifice of two centuries. 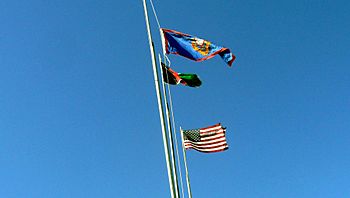 The Lincoln and Welland camp flag, Afghan flag and the American flag in Afghanistan

Due to an administrative oversight, two battle honours earned in north-western Germany during the final weeks of the Second World War were not awarded to the regiment until 1995. In October 1995, at the regiment's annual church parade, scrolls commemorating the battles of Küsten Canal and Bad Zwischenahn were presented by members of the regimental association.

In 2012, as part of the Diamond Jubilee tour of Canada, Sophie Countess of Wessex presented new regimental colours to the regiment which included the battle honour NIAGARA based on the regiment's perpetuation of the Incorporated Militia Battalion of Upper Canada. The regiment also perpetuates the 1st, 2nd, 3rd, 4th and 5th Regiments of the Lincoln Militia as well as the Coloured Corps from the War of 1812 thus linking the regiment to the Battles of Detroit, Queenston Heights and the Niagara campaign.

The regiment contributed an aggregate of more than 20% of its authorized strength to the various task forces which served in Afghanistan between 2002 and 2014. 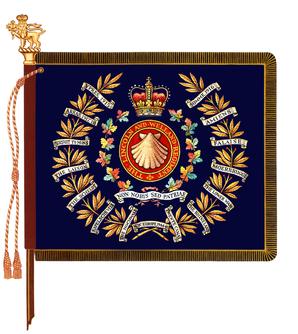 The regimental colour of The Lincoln and Welland Regiment

Battle honours in small capitals are for large operations and campaigns and those in lowercase are for more specific battles. Bold type indicates honours authorized to be emblazoned on regimental colours. 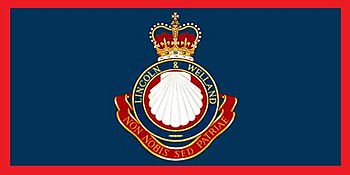 The camp flag of The Lincoln and Welland Regiment

The regiment is also connected with cadet corps in St. Catharines and Fonthill, and with Robert Land Academy in Wellandport.

Old Niagara waltzes by Maud Schooley was "dedicated to the 44th Lincoln and Welland Regiment, Canadian Infantry by special permission of Lt. Colonel Cohoe and officers of the Regiment". It was published in Toronto by Canadian-American Music, circa 1905

19th St. Catharines Regiment march was not carried over as this regiment changed from 19th and 20th Battalions of Volunteer Militia (Infantry) Canada to: the 19th Lincoln Regiment (1912); Lincoln Regiment (192) and Lincoln and Welland Regiment (1936). Instead the Regimental march became The Lincolnshire Poacher.

The Lincoln and Welland Regimental Museum, located in Butler's Barracks in Niagara-on-the-Lake, features the history of the Lincoln and Welland Regiment. Exhibits include displays and artifacts from the 18th through the present, and include uniforms, weapons, medals, photographs, regimental band instruments, and other memorabilia. The displays show the regiment's participation in area military engagements in the 18th and 19th centuries, and overseas in World War I, World War II, for peacekeeping and other operations. The Museum is affiliated with: CMA, CHIN, OMMC and Virtual Museum of Canada. However, though affiliated with Virtual Museum of Canada, there is unfortunately no online exhibit for the Lincoln and Welland Regiment.

All content from Kiddle encyclopedia articles (including the article images and facts) can be freely used under Attribution-ShareAlike license, unless stated otherwise. Cite this article:
The Lincoln and Welland Regiment Facts for Kids. Kiddle Encyclopedia.