Trempealeau County is a county located in the U.S. state of Wisconsin. As of the 2010 census, the population was 28,816. Its county seat is Whitehall.

Patches of woodland are all that remain of the brush and light forest that once covered the county. In ancient times, the woodlands contained a great deal of timber, but Native Americans burned them periodically to encourage the growth of berries. They did little cultivation and had been almost completely removed from the area by 1837.

French fur traders were the first Europeans to enter this land, traveling by river across the county. At the mouth of the Trempealeau River at its confluence with the Mississippi River, they found a bluff surrounded by water and called it La Montagne qui trempe à l’eau, which means 'mountain steeped in water' (now known as Trempealeau Mountain. The name was later shortened to Trempealeau. Created in 1854 and organized in 1855, the county is named after the river. 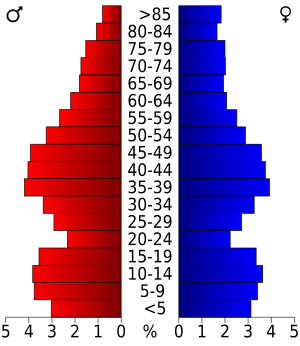 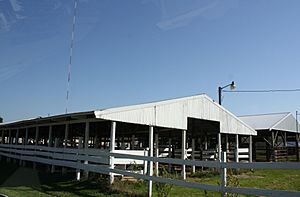 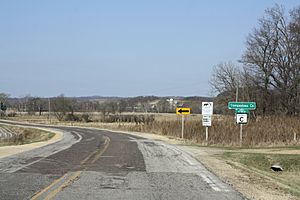 Entrance sign to Trempealeau County in the Town of Ettrick

All content from Kiddle encyclopedia articles (including the article images and facts) can be freely used under Attribution-ShareAlike license, unless stated otherwise. Cite this article:
Trempealeau County, Wisconsin Facts for Kids. Kiddle Encyclopedia.