Waynesboro is a borough in Franklin County, Pennsylvania, on the southern border of the state. Waynesboro is in the Cumberland Valley between Hagerstown, Maryland, and Chambersburg, Pennsylvania. It is part of Chambersburg, PA Micropolitan Statistical Area, which is part of the Baltimore–Washington metropolitan area. It is 2 miles north of the Mason–Dixon line and close to Camp David and the Raven Rock Mountain Complex.

The population within the borough limits was 10,568 at the 2010 census. When combined with the surrounding Washington and Quincy Townships, the population of greater Waynesboro is 28,285. The Waynesboro Area School District serves a resident population of 32,386, according to 2010 federal census data. 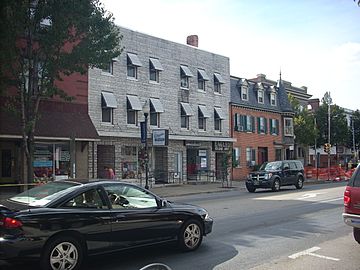 The region around Antietam Creek had been home to Native Americans for thousands of years prior to settlement by Anglo-Europeans in the mid-18th century. Beginning in 1751 a certain John Wallace obtained several warrants for the land on which the center of the town now stands. In 1797 John Wallace, a son of the original British settler, laid out the town of Waynesburg in what was then the state of Pennsylvania in the United States. When incorporated in 1831, the borough was given the name "Waynesboro'." It is one of several dozen towns, cities, and counties named after General Anthony Wayne, a hero of the American Revolutionary War.

During the American Civil War, Waynesboro played a part in the Gettysburg Campaign in June and July 1863. In the week before the Battle of Gettysburg, Confederate Major General Jubal Early's division of Lieutenant General Richard S. Ewell's corps of the Army of Northern Virginia passed through the community on its way northward. After the battle, General Robert E. Lee rode through the border community with his retreating forces. In 1963, a book, Fifteen Days under the Confederate Flag, told of their two-week occupation. Waynesboro During the Civil War (2011) recounts the experiences of Waynesboro's residents during the war. 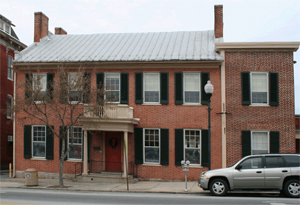 By the early years of the 20th century, Waynesboro had become an industrial town. It was known for the manufacture of engines, boilers, grinders, threshers, boring machines, bolt cutters, wood and iron workers' vises, nut facers, etc. There were also foundries and machine shops, and manufactories of lumber products. Some local manufacturing companies included Frick & Co., Geiser Company, and Landis Tool Company. In 1900, 5,396 people lived in the town; in 1910, 7,199 people; and in 1940 10,231 (more than in 2000).

With industrial restructuring, the town population declined after 1960, as people were drawn to larger cities for work. From 2000 to 2010, there was an increase in population due to people having second homes and retiring in the area. The borough is an hour and 22 minutes to BWI Thurgood Marshall Airport via I-70.

Waynesboro is home to Renfrew Museum and Park, an historical museum depicting 18th-century farm life. It is named after two young sisters who reputedly died there in 1764 during a Native American attack.

The Alexander Hamilton House, Borough Hall of the Borough of Waynesboro, Joseph J. Oller House, and Royer-Nicodemus House and Farm are listed on the National Register of Historic Places. 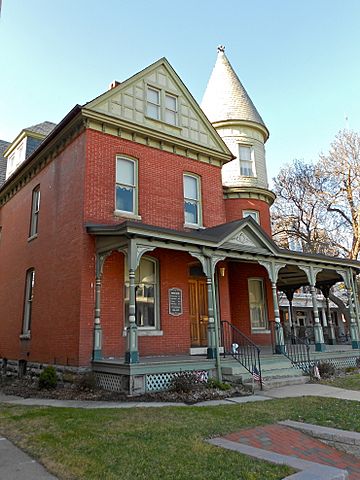 All content from Kiddle encyclopedia articles (including the article images and facts) can be freely used under Attribution-ShareAlike license, unless stated otherwise. Cite this article:
Waynesboro, Pennsylvania Facts for Kids. Kiddle Encyclopedia.