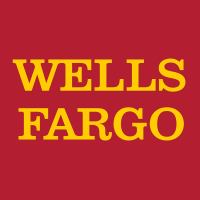 Wells Fargo is a global bank network based in California. They operate all across the world. Wells Fargo is the 4th largest bank in the United States. The bank was established in New York City in March of 1852. The founders of the bank system were Henry Wells and William Fargo, who had already made American Express.

The bank has a long history of racism. In 2008, Wells Fargo bought Wachovia, another bank, and took over its business. Wachovia held hundreds of slaves as its own property and took slaves from people who couldn't pay back loans. Wells Fargo has been sued for discriminating in the loans it offers customers, like Bank of America and other global bank networks.

All content from Kiddle encyclopedia articles (including the article images and facts) can be freely used under Attribution-ShareAlike license, unless stated otherwise. Cite this article:
Wells Fargo Facts for Kids. Kiddle Encyclopedia.