The Aisne is a river in northeastern France. It is a left tributary of the Oise river. It gave its name to the French department of Aisne. It was known in Roman times with its Celtic name of Axona.

The source of the Aisne is in the "Forest of Argonne", in the Rembercourt-Sommaisne commune (Meuse), near the border with the Marne department, at an altitude of about 240 m (787 ft). From here, the Aisne flows to the west.

Finally, it flows into the Oise river in the city of Compiègne.

The main tributaries of the Aisne river are:

Its average yearly discharge (volume of water which passes through a section of the river per unit of time) is 65.40 m3/s (2,310 cu ft/s) at Trosly-Breuil in the Oise department. 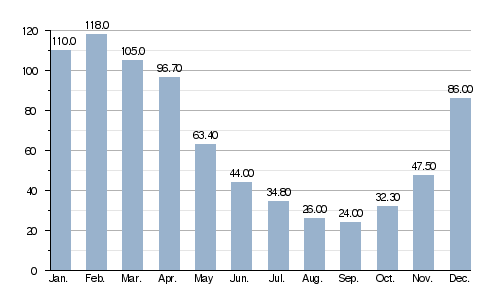 The Aisne shows typical seasonal fluctuations. The highest levels of the river are in winter and spring, from December to May inclusive, with the highest level in February. They are followed by a rapid fall in the flow during the low water period that goes from July to October.

All content from Kiddle encyclopedia articles (including the article images and facts) can be freely used under Attribution-ShareAlike license, unless stated otherwise. Cite this article:
Aisne (river) Facts for Kids. Kiddle Encyclopedia.