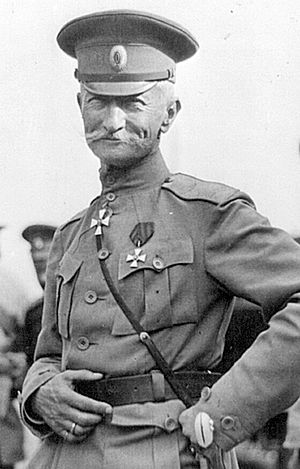 Aleksey Alekseyevich Brusilov (1853-1926) was a Russian general. He was a commander in World War I. He is most well known for his tactics used in what was later called the Brusilov Offensive of 1916. This is said to be one of the best military feats for the Russians during the war.

All content from Kiddle encyclopedia articles (including the article images and facts) can be freely used under Attribution-ShareAlike license, unless stated otherwise. Cite this article:
Aleksey Alekseyevich Brusilov Facts for Kids. Kiddle Encyclopedia.