Kids Encyclopedia Facts
This article is about the plant Almond. For other uses, see Almond (disambiguation).

The almond (Prunus dulcis, syn. Prunus amygdalus) is a species of tree native to the Middle East, the Indian subcontinent and North Africa. "Almond" is also the name of the edible and widely cultivated seed of this tree.

The tree originated in the Middle East, and is mentioned numerous times in the Bible. and is highly revered in some cultures.

The fruit of the almond is a drupe, consisting of an outer hull and a hard shell with the seed, which is not a true nut, inside.

Shelling almonds refers to removing the shell to reveal the seed. Almonds are sold shelled or with no shelss. Blanched almonds are shelled almonds that have been treated with hot water to soften the seedcoat, which is then removed.

The oil is good for application to the skin as an emollient, and has been traditionally used by massage therapists to lubricate the skin during a massage session. Almond oil can also be used as a wood conditioner of certain woodwind instruments, such as the oboe and clarinet. 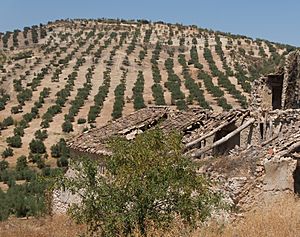 Almond grows best in Mediterranean climates with warm, dry summers and mild, wet winters. The best temperature for their growth is between 15 and 30 °C (59 and 86 °F).

Almonds begin bearing an economic crop in the third year after planting. Trees reach full fruit bearing five to six years after planting. The fruit matures in the autumn, 7–8 months after flowering. 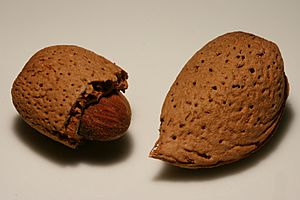 The almond fruit measures 3.5–6 cm (1–2 in) long. In botanical terms, it is not a nut but a drupe. The outer covering or exocarp, fleshy in other members of Prunus such as the plum and cherry, is instead a thick, leathery, grey-green coat (with a downy exterior), called the hull.

Inside the hull is a hard, woody shell (like the outside of a peach pit) called the endocarp. Inside the shell is the edible seed, commonly called a nut. Generally, one seed is present, but occasionally two occur. 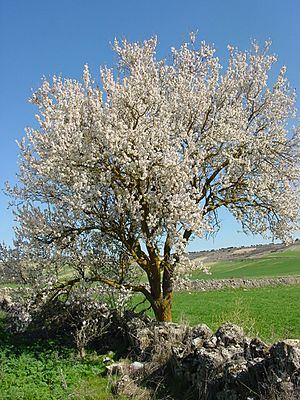 The almond is native to the Mediterranean climate region of the Middle East, eastward as far as the Yamuna River in India. It was spread by humans in ancient times along the shores of the Mediterranean into northern Africa and southern Europe, and more recently transported to other parts of the world, notably California, United States.

Selection of the sweet type from the many bitter types in the wild marked the beginning of almond domestication. It is unclear as to which wild ancestor of the almond created the domesticated species. While wild almond species are toxic, domesticated almonds are not.

Domesticated almonds appear in the Early Bronze Age (3000–2000 BC). Another well-known archaeological example of the almond is the fruit found in Tutankhamun's tomb in Egypt (c. 1325 BC). Of the European countries that the Royal Botanic Garden Edinburgh reported as cultivating almonds, Germany is the northernmost, though the domesticated form can be found as far north as Iceland. 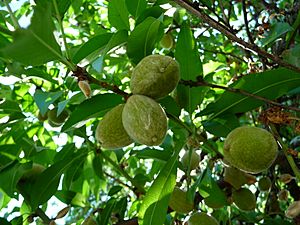 The pollination of California's almonds is the largest annual managed pollination event in the world, with close to one million hives (nearly half of all beehives in the US) being trucked in February to the almond groves.

To partially protect almond growers from the rising cost of insect pollination, researchers at the Agricultural Research Service (ARS) have developed a new line of self-pollinating almond trees. Almond trees can be attacked by an array of damaging organisms, including insects, fungal pathogens, plant viruses, and bacteria. 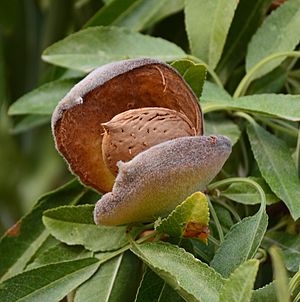 In the United States, production is concentrated in California, with almonds being California's third-leading agricultural product. The United States is the dominant supplier of almonds. Almonds are mostly exported as shelled almonds (70%), with the remainder being either unshelled or processed.

Australia is the largest almond production region in the Southern Hemisphere, and second largest producing country. Most of the almond orchards are located along the Murray River corridor in New South Wales, Victoria, and South Australia.

Spain is one of the most diverse commercial cultivars of almonds. 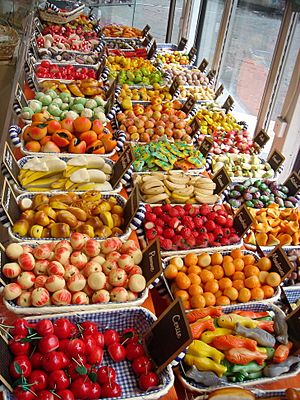 While the almond is often eaten on its own, raw or toasted, it is also a part of various dishes. Almonds are available in many forms, such as whole, sliced (flaked, slivered), and as flour. Almonds yield almond oil and can also be made into almond butter or almond milk. These products can be used in both sweet and savoury dishes.

Along with other nuts, almonds can be sprinkled over breakfasts and desserts, particularly muesli or ice cream-based dishes. Almonds are used in marzipan, nougat, many pastries, cookies and other sweets and desserts.

They are also used to make almond butter, a spread similar to peanut butter, popular with peanut allergy sufferers and for its naturally sweeter taste. Almond flour or ground almond meal combined with sugar or honey as marzipan is often used as a gluten-free alternative to wheat flour in cooking and baking. 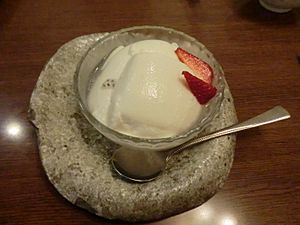 The young, developing fruit of the almond tree can be eaten whole ("green almonds") when they are still green and fleshy on the outside and the inner shell has not yet hardened. The fruit is somewhat sour, but is a popular snack in parts of the Middle East, eaten dipped in salt to balance the sour taste. Also in the Middle East they are often eaten with dates.

Almonds may cause allergy or intolerance.

All content from Kiddle encyclopedia articles (including the article images and facts) can be freely used under Attribution-ShareAlike license, unless stated otherwise. Cite this article:
Almond Facts for Kids. Kiddle Encyclopedia.