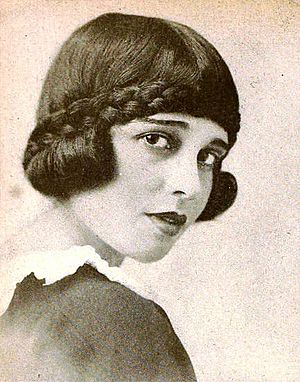 Anita Loos (born April 26, 1889 – August 18, 1981) was an American screenwriter, stage actress and author. She wrote several novels. She was best known for her book Gentlemen Prefer Blondes. She also wrote its sequel But Gentlemen Marry Brunettes. She was a screenwriter of many movies.

Loos was born in Sisson, California. She later moved to New York City. She died there in August 1981 from natural causes at age ninety-two.

All content from Kiddle encyclopedia articles (including the article images and facts) can be freely used under Attribution-ShareAlike license, unless stated otherwise. Cite this article:
Anita Loos Facts for Kids. Kiddle Encyclopedia.