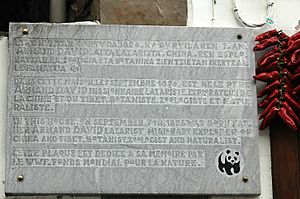 Multilingual plate at his birthplace from the World Wildlife Fund. 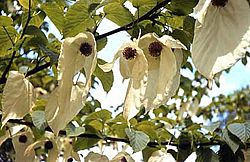 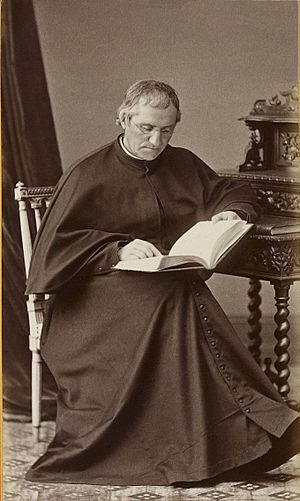 Father Armand David (September 27, 1826 near Bayonne –November 10, 1900 in Paris) was a Lazarist missionary Catholic priest as well as a zoologist and a botanist. He discovered many new species in China. The best-known of the animals he discovered are the Giant Panda and the Père David's Deer.

All content from Kiddle encyclopedia articles (including the article images and facts) can be freely used under Attribution-ShareAlike license, unless stated otherwise. Cite this article:
Armand David Facts for Kids. Kiddle Encyclopedia.