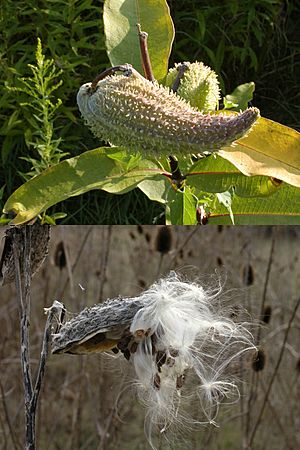 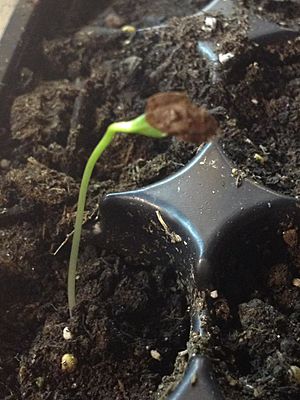 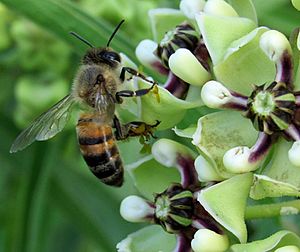 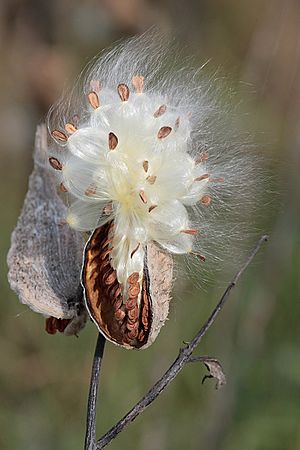 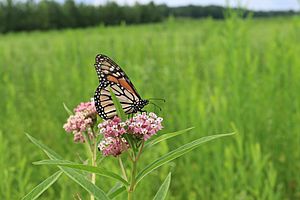 The milkweeds, Asclepias (L. 1753), are a genus of herbaceous perennial, dicotyledonous plants that contains over 140 known species.

Milkweeds are an important nectar source for bees and other nectar eaters, and a food source for caterpillars. The weeds are eaten by caterpillars of the monarch butterfly and its relatives, and by other herbivorous insects (such as beetles, and true bugs). These insects are able to feed on the plants despite their chemical defences. Milkweed is named after its milky sap, which contains alkaloids, latex, and several other complex compounds. Some species are toxic.

Pollination in this genus is accomplished in an unusual manner, as the pollen is grouped into pollen sacs. The feet or mouthparts of flower visiting insects such as bees, wasps and butterflies, slip into one of the five slits in each flower formed by adjacent anthers. The bases of the pollinia then mechanically attach to the insect, pulling a pair of pollen sacs free when the pollinator flies off. Pollination is effected by the reverse procedure in which one of the pollinia becomes trapped within the anther slit.

All content from Kiddle encyclopedia articles (including the article images and facts) can be freely used under Attribution-ShareAlike license, unless stated otherwise. Cite this article:
Milkweed Facts for Kids. Kiddle Encyclopedia.