Battle of Newburn facts for kids

A Scottish Covenanter army of 20,000 under Alexander Leslie defeated an English force of 5,000, led by Lord Conway. The only significant military action of the war, victory enabled the Scots to occupy Newcastle, which provided the bulk of London's coal supplies.

The Treaty of Ripon agreed on 26 October allowed the Scots to occupy large parts of northern England, and paid them daily expenses of £850, which only ended with the August 1641 Treaty of London. Funding this forced Charles to recall Parliament, a key element in the events that ended in August 1642 with the First English Civil War.

Signing of the National Covenant in Greyfriars Kirkyard, Edinburgh.

The Protestant Reformation created a Church of Scotland, or 'kirk', Presbyterian in structure, and Calvinist in doctrine. Presbyterian churches were ruled by Elders, nominated by congregations; Episcopalian were governed by bishops, appointed by the monarch. In 1584, bishops were imposed on the kirk against considerable resistance; since they also sat in Parliament and usually supported Royal policies, arguments over their role were as much about politics as religion.

The vast majority of Scots, whether Covenanter or Royalist, believed a 'well-ordered' monarchy was divinely mandated; they disagreed on what 'well-ordered' meant, and who held ultimate authority in clerical affairs. Royalists generally emphasised the role of the monarch more than Covenanters, but there were many factors, including nationalist allegiance to the kirk, and individual motives were very complex. Montrose fought for the Covenant in 1639 and 1640, then became a Royalist, and switching sides was common throughout the period.

When James VI and I succeeded as king of England in 1603, he viewed a unified Church of Scotland and England as the first step in creating a centralised, Unionist state. However, the two churches were very different in doctrine; even Scottish bishops violently opposed many Church of England practices. Widespread hostility to reforms imposed on the kirk by Charles I led to the National Covenant on 28 February 1638. Its signatories vowed to oppose any changes, and included Argyll and six other members of the Scottish Privy Council; in December, bishops were expelled from the kirk.

An attempt by Charles to impose his authority led to the first First Bishops' War in 1639. The Covenanters defeated Royalist forces in Aberdeenshire, consolidating their control of Scotland, while the chaotic state of the English army meant they were no match for the more experienced Scots. While the two sides agreed the Treaty of Berwick in June, both saw it primarily as an opportunity to strengthen their position. In April 1640, Charles recalled Parliament for the first time in eleven years; when it refused to vote taxes without concessions, he dissolved it after only three weeks.

Despite this, Charles went ahead, supported by his most capable advisor, Earl of Strafford. As in 1639, he planned an ambitious three-part attack; an Irish army from the west, an amphibious landing in the north, supported by an English attack from the south. Once again, the first two parts failed, while his English troops consisted largely of militia levied in the south, poorly-equipped, unpaid, and unenthusiastic about the war. On the march north, lack of supplies meant they looted the areas they passed through, creating widespread disorder; several units murdered officers suspected of being Catholics, before deserting.

Lord Conway, commander in the north, focused on reinforcing Berwick-upon-Tweed, the usual starting point for invading England. On 17 August, cavalry units under Montrose crossed the River Tweed, followed by the rest of Leslie's army of around 20,000. The Scots bypassed the town, and headed for Newcastle-on-Tyne, centre of the coal trade with London, and a valuable bargaining point. 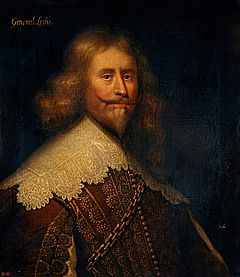 By 27 August, the Scots were approaching Newcastle; supplying such a large army meant Leslie either had to capture it, or retreat. Given the strong defences north of the river, he decided to cross the River Tyne at Newburn, then a small village six miles outside Newcastle, which would allow him to attack its weaker, southern side.

On the evening of 28 August, Conway arrived at Newburn with 1,000 cavalry and 2,000 infantry, who began building defences on the south bank of the Tyne, supervised by Colonel Thomas Lunsford. They were joined next morning by Sir Jacob Astley, with another 2,000 infantry, but in addition to being heavily outnumbered, their positions around the ford were almost indefensible. Leslie's artillery commander, Alexander Hamilton, was an extremely experienced soldier, who placed his guns on high ground to the north; this provided a clear field of fire on the English troops below, while making them almost impervious to return fire.

Sir Jacob, also a veteran of the Thirty Years War, suggested withdrawing into woods further back, which would neutralise the Scottish artillery, but this advice was rejected. While waiting for low tide, Leslie asked Conway to allow his army across to 'deliver a petition to the king', which was refused; Conway then received instructions from Strafford, ordering him to prevent a crossing of the ford. In retrospect, retreat may have been a better option; taking Newcastle would take time, and English prisoners later reported the Scots had only enough rations for three days. 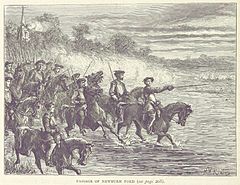 The Scots ford the River Tyne

The battle started around 13:00 when a Scots officer who came too close to the ford was shot, initiating an artillery duel. Hamilton's guns were far more numerous and better situated; they rapidly dismantled the hastily prepared defences around the ford, and despite Lunsford's efforts to rally them, his troops abandoned their positions, allowing the Scots to cross. A counter-attack by the English cavalry was initially successful, but they were driven back, and their commander Henry Wilmot captured.

Since his cavalry and infantry withdrew in opposite directions, Conway was unable to reform his lines, and by early evening, the English were in full retreat towards Newcastle. Both sides suffered around 300 casualties, and Leslie ordered his troops to refrain from pursuit; already in secret contact with John Pym and the Parliamentary opposition, they wanted to avoid making it harder to agree terms.

Despite this victory, the Scots still had to take Newcastle, but to Leslie's surprise, when they arrived on 30 August, Conway had withdrawn to Durham. One suggestion is he did not trust his ill-disciplined and mutinous troops, but morale in the rest of the army now collapsed, forcing Charles to make peace. Under the October Treaty of Ripon, the Scots were paid £850 per day, and allowed to occupy Northumberland and County Durham pending final resolution of terms. Funding this required the recall of Parliament, and the Scots finally evacuated Northern England after the August 1641 Treaty of London. 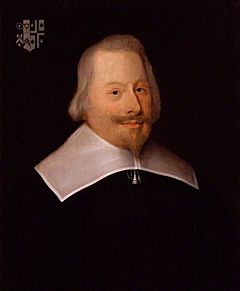 While defeat forced Charles to call a Parliament he could not get rid of, the 1641 Irish Rebellion was arguably more significant in the struggle that led to war in August 1642. Although he and Parliament agreed on the need to suppress the revolt, neither trusted the other with control of the army raised to do so, and it was this tension that was the proximate cause of the First English Civil War.

Victory confirmed Covenanter control of government and kirk, and Scottish policy now focused on securing these achievements. The 1643 Solemn League and Covenant was driven by concern over the implications for Scotland if Parliament were defeated; like Charles, the Covenanters sought political power through the creation of a unified church of Scotland and England, only one that was Presbyterian, rather than Episcopalian.

However, ease of victory in the Bishops Wars meant they overestimated their military capacity and ability to enforce this objective. Unlike Scotland, Presbyterians were a minority within the Church of England, while religious Independents opposed any state church, let alone one dictated by the Scots. One of the most prominent opponents was Oliver Cromwell, who claimed he would fight, rather than agree to such an outcome.

Many of the political radicals known as the Levellers, and much of the New Model Army, belonged to Independent congregations; by 1646, the Scots and their English allies viewed them as a greater threat than Charles. Defeat in the 1648 Second English Civil War resulted in his execution; failure to restore his son in the 1651 Third English Civil War was followed by Scotland's incorporation into the Commonwealth, a union made on English terms.

All content from Kiddle encyclopedia articles (including the article images and facts) can be freely used under Attribution-ShareAlike license, unless stated otherwise. Cite this article:
Battle of Newburn Facts for Kids. Kiddle Encyclopedia.