Kids Encyclopedia Facts
Not to be confused with Becker, Minnesota.

Becker County is a county located in the U.S. state of Minnesota. As of the 2010 census, the population was 32,504. Its county seat is Detroit Lakes. A portion of the White Earth Indian Reservation extends into the county. The county was created in 1858 and organized in 1871.

Becker County became a county on March 18, 1858. It was named after George Loomis Becker. Becker was one of three men elected to congress when Minnesota became a state, but since Minnesota could only send two, Becker elected to stay behind, and he was promised to have a county named after him.

The city of Detroit Lakes was founded by Colonel George Johnston in 1871, the city grew quickly with the construction of the Northern Pacific Railroad. Colonel Johnston had led settlers entirely hailing from the New England states to settle in this region. In 1877, an election finally decided that Detroit Lakes, then known as Detroit, was to become the county seat. Detroit won the election by a ninety percent majority. Frazee, Lake Park, and Audubon were also in the running for the county seat. 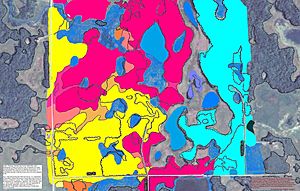 In 1884, Detroit Lakes had many businesses such as the Hotel Minnesota, the Lakes Hotel, a bank, a newspaper, and an opera house. The first courthouse was built that year also. In 1885, the first County Fire Department was constructed. In 1903, the Soo Line Railroads built a rail line through the county. Only one book has been published about Becker County, "History of Becker" was written by A.H. Wilcox in 1907.

Detroit Lakes is the home of one of three to five Grand Army of the Republic Parks in the Nation. The City of Detroit Lakes rededicated the GAR Park on April 15, 2015, marking the 150th anniversary of the end of the Civil War and the death of President Lincoln. The rededication was sponsored by Colonel Tom Mortenson and his wife Pam, representing the Women's Relief Corps who spearheaded community support for the effort that included new signage for the Park, and a time capsule to be opened on the 200th anniversary.<http://www.dl-online.com/news/detroit-lakes/3697521-dl-park-be-re-dedicated-civil-war-vets>

Becker County has much diversity in its topographical features. Becker County is home to several hundred lakes, many acres of fertile farm land, and forested areas. Much of the land consists of hills and deciduous trees. 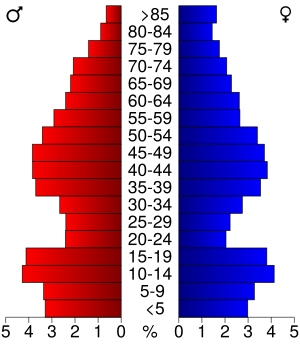 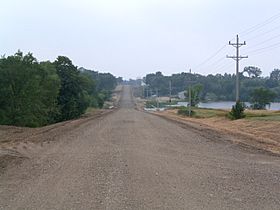 A country road in Becker County in summer

Becker County is the setting for the 2006 independent film Sweet Land, though it was filmed in Chippewa County.

All content from Kiddle encyclopedia articles (including the article images and facts) can be freely used under Attribution-ShareAlike license, unless stated otherwise. Cite this article:
Becker County, Minnesota Facts for Kids. Kiddle Encyclopedia.