Native Americans used the survey area for hunting and fishing and had permanent dwelling sites. Two Native American tribes were in constant conflict. The Dakota (Sioux) were being pushed from their home area by the Ojibwa (Chippewa) during the late 18th century and early 19th century. Burial mounds and artifacts can still be found. Some of the oldest remains of Native Americans were found near Pelican Rapids, Minnesota. The remains, nicknamed Minnesota Girl, were dated at about 11,000 B.C. (Otter Tail County Historical Museum).

The first white men to enter the county were French and British fur traders. Efforts were made to set up trading posts on the Leaf Lakes and Otter Tail Lake. In the late 19th century, most of the towns were built along the railroad lines. Lumber and agriculture were the major industries in the county at that time. The pine and hardwood forests, transportation system, and markets were instrumental in the development of Fergus Falls into a lumber center. 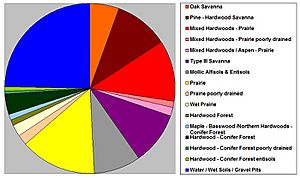 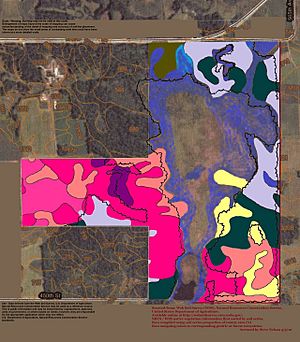 In 1870, the population of the county was about 2,000. At that time the principal languages spoken in the county were Norwegian, Swedish, German, and English. Otter Tail County was established in March 1858 by a legislative act. It was organized in 1868. The original county seat was Ottertail City.

According to the U.S. Census Bureau, the county has a total area of 2,225 square miles (5,760 km2), of which 1,972 square miles (5,110 km2) are land and 252 square miles (650 km2) (11%) are covered by water. Otter Tail is one of 17 Minnesota savanna region counties with more savanna soils than either forest or prairie soils. According to the official web site, Otter Tail County contains over 1000 lakes and two Minnesota state parks, Maplewood State Park and Glendalough State Park. The highest point in Otter Tail County is Inspiration Peak in the Leaf Mountains, at 1750 feet above sea level. 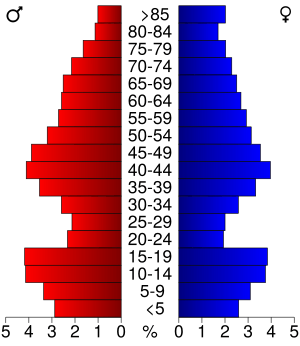 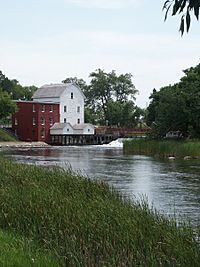 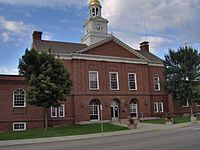 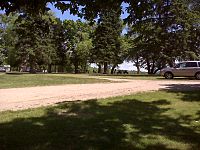 This is a scene of one of Glendalough State Park's picnic and beach areas. The park is close to Battle Lake, Otter Tail County. Photo by James Benjamin Bleeker. 18 July 2010

All content from Kiddle encyclopedia articles (including the article images and facts) can be freely used under Attribution-ShareAlike license, unless stated otherwise. Cite this article:
Otter Tail County, Minnesota Facts for Kids. Kiddle Encyclopedia.