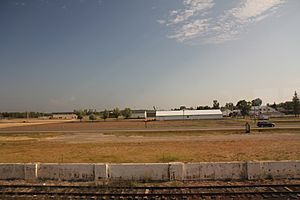 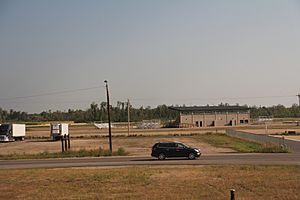 The grandstands at the Wadena County Fairgrounds

Wadena County was organized on February 21, 1873, at which time Wadena was chosen as the county seat.

Wadena county is composed of fifteen townships, first surveyed in 1863. Each township is 6 miles by 6 miles and contains 36 sections of land (with the exception of Bullard and Thomastown which have a slightly different configuration because their boundaries are aligned with the Leaf and Crow Wing Rivers, respectively). In 1857, a man named Augustus Aspinwall laid out a townsite in what is now Section 15, Thomastown township, at the junction of the Crow Wing and Partridge rivers, and named it Wadena. In 1872, when the railroad went through the area it ran about three miles south of this site and thus the town quickly withered away.

During that period there were five organized townships (Wadena, Aldrich, Thomastown, Leaf River and Wing River) and three county commissioners. The balance of the townships were organized between this time and 1899; the last two, Huntersville and Orton after being organized as one township in 1898, were split in 1899. As of 2010, there are six organized towns in the county: Wadena (the county seat), Verndale, Sebeka, Menahga, Aldrich, and Nimrod.

In the early days, before rural mail delivery was begun, there were many post offices in the county to serve people so they did not have to travel far to get their mail. These included Kindred or Shell City, Wing River, Leaf River, Taylor’s Landing, Nimrod, Hoptacong, Farnham, Lukens, Passaic, Hartshorn, Ouichee, Bullard, Oye and Oylen. At the present time there are post offices in Menahga, Sebeka, Wadena, Verndale, and Aldrich.

For the last part of the nineteenth century and the first half of the twentieth, there were two railroads in the county. The Northern Pacific main line running east to west through Wadena was built in 1872, while the Great Northern branch or "K" line which ran from Sauk Centre to Bemidji, via Sebeka and Menahga, was completed in 1891. The line from Park Rapids to Long Prairie was abandoned in 1984 while the rest was abandoned in the early 1970s with the northern section from Park Rapids to Cass Lake has since been converted to the Heartland Trail.

Sebeka once had the second largest creamery in the state of Minnesota. Over the years there have been approximately ten creameries in the county and ten cheese factories. 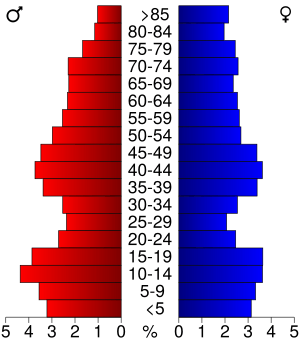 All content from Kiddle encyclopedia articles (including the article images and facts) can be freely used under Attribution-ShareAlike license, unless stated otherwise. Cite this article:
Wadena County, Minnesota Facts for Kids. Kiddle Encyclopedia.