Cienfuegos, capital of Cienfuegos Province, is a city on the southern coast of Cuba. It is located about 250 km (160 mi) from Havana and has a population of 150,000. The city is dubbed La Perla del Sur (Pearl of the South). 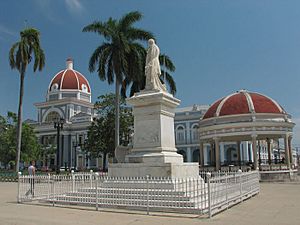 The area where the city lies was identified as Cacicazgo de Jagua by early Spanish conquistadors. It was originally settled by Taino indigenous people.

The city was later settled by French immigrants from Bordeaux and Louisiana on April 22, 1819. The settlers named the city Fernandina de Jagua in honor of King Ferdinand VII of Spain and Chief Jagua. Many of the streets in old town reflect French origins in their names.

Cienfuegos port, despite being one of the latest settlements established during the colonial era, soon grew to be a powerful town due to the fertile fields surrounding it and its position on the trade route. 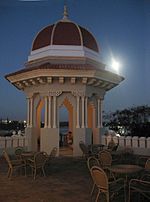 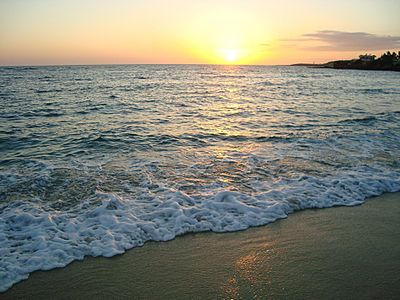 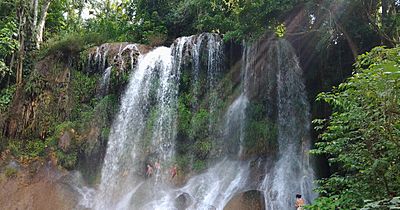 All content from Kiddle encyclopedia articles (including the article images and facts) can be freely used under Attribution-ShareAlike license, unless stated otherwise. Cite this article:
Cienfuegos Facts for Kids. Kiddle Encyclopedia.