Division of Parkes facts for kids

Kids Encyclopedia Facts
This page is about the current federal electorate. For the previous electorate, see Division of Parkes (1901–69). 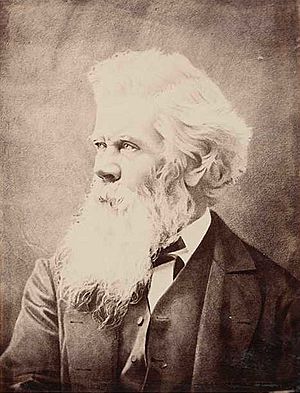 The Division of Parkes is an Australian electoral division in the state of New South Wales. It is the largest electorate in the state. It is located in the far north of the state, next to the border with Queensland. It is named after Sir Henry Parkes, seventh Premier of New South Wales and sometimes known as the 'Father of Federation'. It was set up in 1984.

Michael Cobb was found guilty of fraud in 1998. He claimed money for staying in hotels, but he was actually seeping in his car. John Cobb was Minister for Citizenship and Multicultural Affairs and later Community Services in the Howard government. In the 2007 election Cobb moved to the Division of Calare.

Since the 2013 election, Parkes is the safest seat in Australia. It would need more votes than any other seat to change to another political party.

All content from Kiddle encyclopedia articles (including the article images and facts) can be freely used under Attribution-ShareAlike license, unless stated otherwise. Cite this article:
Division of Parkes Facts for Kids. Kiddle Encyclopedia.