East Sheen, also known as Sheen, is a suburb of London in the London Borough of Richmond upon Thames.

Its long high street has goods stores, convenience services, offices, restaurants, cafés, pubs and suburban supermarkets and is also the economic hub for Mortlake of which East Sheen was once a manor. This commercial thoroughfare, well served by public transport, is the Upper Richmond Road West which connects Richmond to Putney. Central to this street is The Triangle, a traffic island with a war memorial and an old milestone dating from 1751, marking the ten-mile distance to Cornhill in the City of London. The main railway station serving the area, Mortlake, is centred 300m north of this. Sheen has a mixture of low-rise and mid-rise buildings and it has parks and open spaces including its share of Richmond Park, accessed via Sheen Gate; Palewell Common, which has a playground, playing fields, tennis courts and a pitch and putt course; and East Sheen Common which is owned by the National Trust and leads into Bog Gate, another gate of Richmond Park.

The earliest recorded use of the name is c. 950 as Sceon and means shed or shelters. The area was designated separately from Sheen (an earlier name for Richmond) from the 13th century, as the southern manor of Mortlake.

East Sheen was a hamlet in the parish of Mortlake:

East-Sheen is a pleasant hamlet in this parish, situated on a rising ground considerably above the level of the river. It contains about ninety houses. Here are several handsome villas; the vicinity to Richmond-park, and the beauty of the surrounding country, making it a desirable situation.

Earliest references specifically to the present area of land, rather than references to parts of Mortlake, emerge in the 13th century, generally under its early name of Westhall. Originally one carucate, it was sold in 1473 by Michael Gaynsford and Margaret his wife in the right of Margaret to William Welbeck, citizen and haberdasher, of London. The Welbecks held it until selling in 1587. Later owners of what remained, the Whitfields, Juxons and Taylors were equally not titled, as with Mortlake's manorial owners, nor had an above average size or lavish manor house. 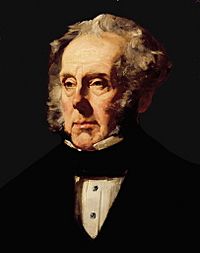 The southern estate of Temple Grove, East Sheen, first belonged to Sir Abraham Cullen, who was created a baronet in 1661. He died in 1668, and his first son Sir John in 1677. His second son Sir Rushout Cullen seems to have sold the estate shortly afterwards to Sir John Temple, attorney-general of Ireland, brother to Sir William Temple, diplomat and author, who was earlier of adjoining West Sheen, giving the home his name. It belonged to the Temples until Henry Temple, 3rd Viscount Palmerston, who later would serve as Foreign Secretary and Prime Minister, sold it soon after coming of age in 1805. It was bought by Sir Thomas Bernard, who rebuilt the Jacobean style front of the house shown in a drawing hung in the house of 1611. Sir Thomas sold it about 1811 to Rev. William Pearson who founded the Temple Grove Preparatory School for boys. The school moved in 1907 to Eastbourne and the estate was given over to house and apartment builders.

East Sheen was included in the Metropolitan Police District in 1840.

Before 1900, Mortlake developed a secular vestry to help administer poor relief, maintain roads, ditches and other affairs. From 1892 to 1894 Mortlake (including East Sheen) formed part of the expanded Municipal Borough of Richmond. In 1894 nearby North Sheen was created as a civil parish, being split off from Mortlake and remaining in the Municipal Borough of Richmond. The remainder of Mortlake (including East Sheen) was instead transferred to Barnes Urban District.

In 1965 North Sheen was incorporated in Kew which, with the rest of the Municipal Borough of Richmond, joined Twickenham and Barnes M.B.s to form the London Borough of Richmond upon Thames. In the wards of the United Kingdom, Sheen has the largest share of Richmond Park of its surrounding five wards.

There is a Grade II-listed air-raid shelter, dating from before the Second World War, at St Leonard's Court, a block of flats on St Leonard's Road, near Mortlake railway station.

The area is served by Mortlake railway station centred 300m north of The Triangle. Transport for London bus routes are:

The Triangle in East Sheen is the subject of a painting, The Triangle, Sheen Lane, East Sheen, Surrey by James Isaiah Lewis (1861–1934), which is in the Richmond upon Thames Borough Art Collection and is held at Orleans House Gallery in Twickenham.

All content from Kiddle encyclopedia articles (including the article images and facts) can be freely used under Attribution-ShareAlike license, unless stated otherwise. Cite this article:
East Sheen Facts for Kids. Kiddle Encyclopedia.