Eubenangee is a coastal locality split between the Cairns Region and the Cassowary Coast Region, Queensland, Australia. In the 2016 census, the population of Eubenangee was 242 people. 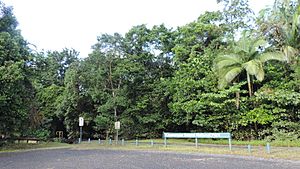 Eubenangee Swamp National Park with cane tramway and bridge passing in front of it, 2018 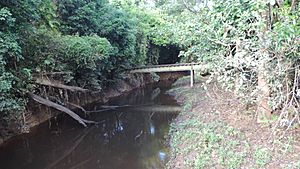 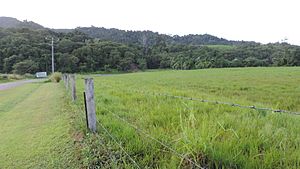 Eubenangee Provisional School opened in September 1921. In 1927 it became Eubenangee State School. It closed on 1971.

In the 2016 census, the population of Eubenangee was 242 people.

All content from Kiddle encyclopedia articles (including the article images and facts) can be freely used under Attribution-ShareAlike license, unless stated otherwise. Cite this article:
Eubenangee, Queensland Facts for Kids. Kiddle Encyclopedia.