Kids Encyclopedia Facts
This page is about Faribault County, Minnesota. For the city with the same name in Rice County, see Faribault, Minnesota.

Faribault County is a county in the U.S. state of Minnesota. As of the 2010 census, the population was 14,553. Its county seat is Blue Earth. The county was founded in 1855. It is named for Jean-Baptiste Faribault, a settler and French fur trader among the Sioux Indians. 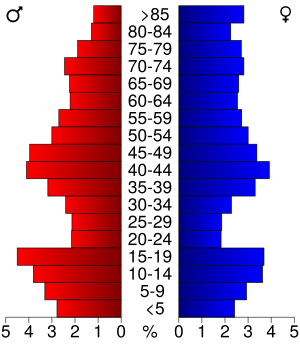 All content from Kiddle encyclopedia articles (including the article images and facts) can be freely used under Attribution-ShareAlike license, unless stated otherwise. Cite this article:
Faribault County, Minnesota Facts for Kids. Kiddle Encyclopedia.