George Laird Shoup (June 15, 1836 – December 21, 1904) was an American politician who served as the first Governor of Idaho, in addition to its last territorial governor. He served several months after statehood in 1890 and then became one of the state's first United States Senators. 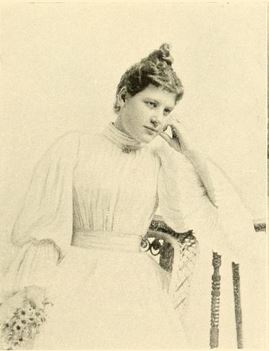 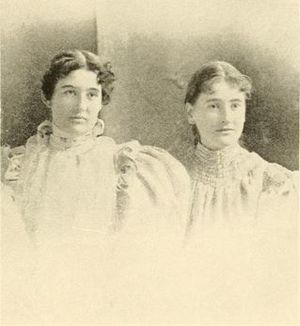 Born in Kittanning, Pennsylvania, northeast of Pittsburgh, Shoup was educated in the public school system. He moved to Galesburg, Illinois, in 1852 and farmed with his father. He married Magdelena "Lena" Darnutzer of Iowa on June 15, 1868, and they had three sons and three daughters, Lena, Laura and Margaret.

After being devastated financially in the Panic of 1857, Shoup moved to Colorado Territory in 1859 to engage in mining and merchandising near Pikes Peak and later in Denver.

After the war, Shoup moved to Virginia City, Montana Territory, and then settled across the continental divide in Salmon, a city in Idaho Territory that he helped found. He owned general merchandise stores in both locations. Shoup was appointed commissioner to organize Lemhi County, and in 1874 he was elected to the territorial legislature. With few interruptions, he served on the Republican National Committee for Idaho from 1880 to 1904.

In April 1889, President Benjamin Harrison appointed Shoup governor of Idaho Territory, a position he held until July 1890, when Idaho became a state and Idaho Territory ceased to exist. Shoup was elected the state's first governor in October. He served as governor of the new state for only a few weeks. In November 1890 the Idaho Legislature elected him to the U.S. Senate. Shoup resigned as governor in December to take his Senate seat and was succeeded by lieutenant governor N. B. Willey.

In the U.S. Senate for over a decade, from 1890 to 1901, Shoup had many interests, including pensions, education, and military affairs. He was chairman of the Committee on Territories. In that position he advocated liberal and just treatment of the Native Americans. Shoup was reelected to a full six-year term in the Senate by the state legislature in January 1895, but was defeated in January 1901 by Democrat Fred Dubois, and retired from public life and resided in Boise.

Two years later at age 66, Shoup made a final attempt to return to the U.S. Senate, but bowed out of the four-man race for the Republican nomination in the legislature in January 1903. He gave his support to fellow Pennsylvania native Weldon Heyburn of the Silver Valley, who defeated Boise attorney William Borah for the nomination and Democrat James Hawley of Boise for the seat. Four years later, Borah easily won the other U.S. Senate seat, and served for nearly 33 years.

Shoup died in Boise, Idaho at the age 68 on December 21, 1904, and was given a state funeral in Idaho. He is interred in Boise's Pioneer Cemetery, alongside his wife Lena, who died in Salmon, Idaho in 1927.

The unincorporated community of Shoup, Idaho on the Salmon River, northwest and downstream of Salmon, was named for him in 1882. During World War II, a Liberty ship named S.S. George L. Shoup (hull #2004) was launched at the Oregon Shipbuilding Corporation in Portland in May 1943. A new men's dormitory at the University of Idaho in Moscow was named for him in 1958.

Shoup's papers were donated to the University of Idaho, having been gathered by his son William and presented by his grandson, G. Elmo Shoup.

All content from Kiddle encyclopedia articles (including the article images and facts) can be freely used under Attribution-ShareAlike license, unless stated otherwise. Cite this article:
George L. Shoup Facts for Kids. Kiddle Encyclopedia.