Hamilton is an affluent riverside mixed-use suburb in the north-east of the City of Brisbane, Queensland, Australia. Hamilton is located along the north bank of the Brisbane River. In the 2016 census, Hamilton had a population of 6,995 people.

In 2013, the suburb had the highest mean taxable income of any in Queensland. 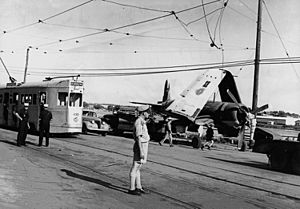 It is believed the first hotel in the district was built by the Gustavus Hamilton (father of Messrs. F. G. Hamilton, barrister, and R. Hamilton, surveyor). Amongst the earlier lessees of the hotel was a Mrs. Warren, who, by coincidence, married another Mr. Hamilton, so that the hotel was occupied by different families of the name Hamilton. The Hamilton Hotel became an easy reference mark in the days when buildings were few in the district, and its name was gradually applied to the whole district.

In Brisbane's early history, Hamilton was the home to many aristocrats and clergy. This suburb is known for being an "old wealth" suburb compared to "new wealth" suburbs in Brisbane such as Paddington, Toowong and Indooroopilly. Many of Brisbane's iconic mansions are found in Hamilton, mainly because the exclusive suburb boasts spectacular views of the entire central business district and other surrounding suburbs.

This district was the birthplace of Charles Kingsford Smith in 1897. 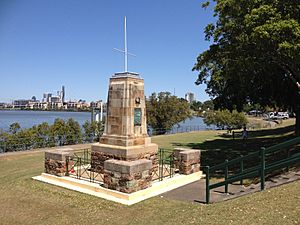 After World War I, a war memorial was built alongside the Brisbane River. It was unveiled by the Queensland Governor John Goodwin on Sunday 16 August 1931.

During World War II an accident occurred involving a Corsair fighter plane. It had been unloaded from a ship in the river, had its wings folded up and was being towed along Kingsford Smith Drive by a truck when it snagged the tramway overhead and brought them down.

In recent times, a cruise ship terminal has been built in a precinct named Portside; this precinct has then seen substantial commercial and residential development.

The median/average age of the Hamilton population is 39 years of age, 2 years above the Australian average.

Portside Wharf is the international cruise terminal, residential and retail development at Hamilton along the bank of the Brisbane River. 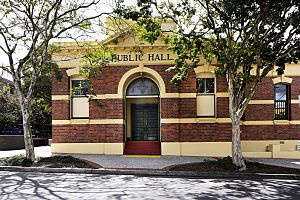 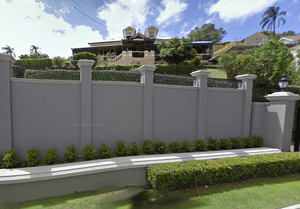 Hamilton has a number of heritage-listed sites, including:

All content from Kiddle encyclopedia articles (including the article images and facts) can be freely used under Attribution-ShareAlike license, unless stated otherwise. Cite this article:
Hamilton, Queensland Facts for Kids. Kiddle Encyclopedia.