Kids Encyclopedia Facts
Not to be confused with Hardin, Illinois. 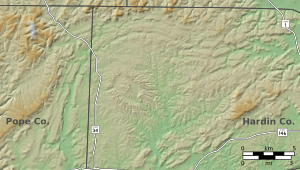 Topology of Hicks Dome in Hardin and Pope counties

Hardin County was formed in 1839 from Pope County. Additional area was later added from Gallatin County. Hardin County was named for Hardin County, Kentucky, which was named in honor of Colonel John Hardin, an officer in the Revolutionary War and the Northwest Indian War. Hardin was murdered by Shawnee Indians while he was on a peace mission in 1792 for President George Washington, in what is now Shelby County, Ohio. In the 1790s and early 1800s, the Hardin County area, especially Cave-In-Rock, was notorious as a stronghold used by outlaws, bandits, river pirates, and counterfeiters. 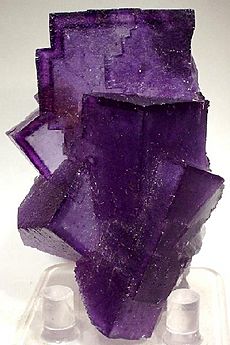 Hicks Dome (37°31′53″N 88°22′06″W﻿ / ﻿37.53139°N 88.36833°W﻿ / 37.53139; -88.36833) is an interesting geological feature in Hardin County. Some believe the dome may be related to an ancient meteor or comet impact, part of the 38th parallel structures, which are a string of geological features running west to Kansas. This is thought to be a string of impact craters from a celestial body that broke apart before striking the earth. However, the Hicks Dome is underlain by ultramafic igneous rocks and igneous diatremes or breccia pipes. Most geologists now accept the theory that the older rocks at the center of the uplift are a result of this deep seated igneous activity. This activity may also have provided the fluorine in the fluorspar deposits in the region. Fluorspar, or calcium fluoride, was mined in Hardin County until the early 1990s. 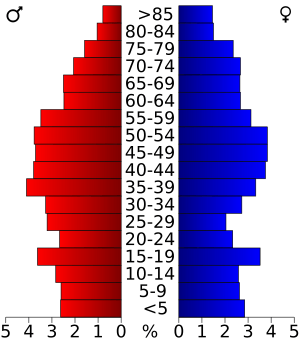 All content from Kiddle encyclopedia articles (including the article images and facts) can be freely used under Attribution-ShareAlike license, unless stated otherwise. Cite this article:
Hardin County, Illinois Facts for Kids. Kiddle Encyclopedia.