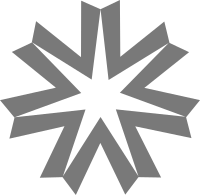 Hokkaidō Prefecture (北海道, Hokkaidō) is a special Japanese prefecture in Hokkaidō region on the island Hokkaidō. It is the most northern prefecture of Japan.

Sapporo is the capital city.

Until the Meiji Restoration, the island was called Ezo, Watari-shima, Yeddo, and Yezo. Since 1869, it has been called Hokkaidō.

The population expanded in the late 19th century.

Hokkaidō is the 2nd largest island of Japan The island is between the Sea of Japan to the west, the Sea of Okhotsk to the northeast, the Pacific Ocean to the southeast, and the Tsugaru Strait to the south.

Hokkaidō is separated from Honshu by the Tsugaru Strait; however, it is connected by the underwater Seikan tunnel.

Some of the Chishima Islands are occupied by Russia, but Japan still considers the islands to be Japanese.

Natural Parks are established in about 10% of the total land area of the prefecture.

Hokkaidō jingū was the chief Shinto shrine (ichinomiya) of Ezo, which was an ancient name for the Hokkaidō region.

All content from Kiddle encyclopedia articles (including the article images and facts) can be freely used under Attribution-ShareAlike license, unless stated otherwise. Cite this article:
Hokkaidō Prefecture Facts for Kids. Kiddle Encyclopedia.