Hopkins is a small suburban city in Hennepin County, Minnesota, United States, located west of Minneapolis. Hopkins was the headquarters of Minneapolis-Moline, which was a large manufacturer of tractors and agricultural equipment in the United States until the 1960s. The southern end of town sits along the main line of the Twin Cities and Western Railroad.

The city is four square miles in size and is surrounded by the larger suburban communities of Minnetonka, Saint Louis Park, and Edina. The population was 19,079 at the 2020 census. U.S. Highway 169 and Minnesota State Highway 7 are two of the main routes in the area. The city's main street was added to the National Register of Historic Places in 2022.

According to the United States Census Bureau, the city has a total area of 4.11 square miles (10.64 km2), of which 4.08 square miles (10.57 km2) is land and 0.03 square miles (0.08 km2) is water. There are several small ponds on the western side of Hopkins, and creeks to the north and south. One of these creeks includes Minnehaha Creek. The north branch of Nine Mile Creek has its headwaters in Hopkins at the intersection of 13th Avenue South and Excelsior Boulevard.

View of Mainstreet (the local spelling) in downtown Hopkins. 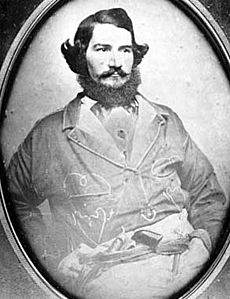 Harley H. Hopkins, namesake of Hopkins, in 1855, note the revolver.

The first settlers of Hopkins arrived in 1852 as land around the growing Minneapolis–Saint Paul area was opening up and being explored by members stationed at Fort Snelling. However, the roots of the town begin in 1887 with the building of the Minneapolis Threshing Machine Company, later called Minneapolis-Moline, to make farm equipment. At the time, Minneapolis Moline employed most of the Hopkins residents. In 1887, the West Minneapolis Land Company was founded and formed to build housing for the Minneapolis Moline factory workers.

In 1893, residents of Hopkins sent the Hennepin County Board of Commissioners a petition signed by 41 residents, asking that a separate village be formed from unincorporated portions of then-Minnetonka and Richfield Townships. Following an election, the community was then incorporated as the Village of West Minneapolis with a population of 1,105. The original village consisted of about three square miles, and it has been enlarged by annexation to its present size of about four square miles. 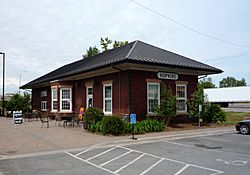 The Hopkins train station, which determined the town's eventual name, is now a student-run coffee house.

In 1928, the name of the village was changed to Hopkins after Harley H. Hopkins, who was among its first homesteaders and was the community's first postmaster. Mr. Hopkins allowed the town to build the train depot on his land (now The Depot Coffee House) with the agreement that the train station would say "Hopkins" on it. People getting off the train assumed the name of the town was Hopkins and it stuck. On January 1, 1948, the village became the city of Hopkins, upon adoption of a council–city manager charter.

The Hopkins Raspberry Festival is an annual event in Hopkins. The Hopkins Raspberry Festival was founded in 1935 as a way to boost business during the Great Depression of the 1930s. A date of July 21 was chosen to hold the event to coincide with the peak of raspberry-picking season. The festival now takes place the third weekend in July every year.

The Raspberry Festival is overseen by a board of directors supported by many additional volunteers and local civic organizations each year. Most of the volunteers return from year to year, with some being active for as many as 20 years. Since its inception, it has evolved into a dynamic community celebration with activities including music, sporting events, royalty coronations, craft fair, and parade. 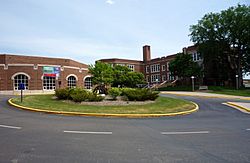 There are two private schools in Hopkins:

All content from Kiddle encyclopedia articles (including the article images and facts) can be freely used under Attribution-ShareAlike license, unless stated otherwise. Cite this article:
Hopkins, Minnesota Facts for Kids. Kiddle Encyclopedia.