Wan is widely known for directing the horror film Saw (2004) and creating Billy the Puppet. He is currently directing Aquaman (2018), the sixth installment in the DC Extended Universe. 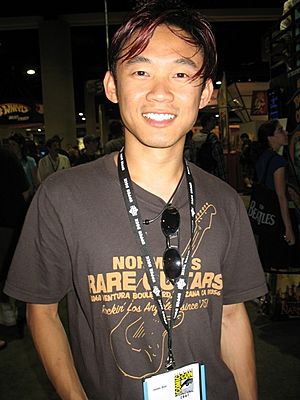 Wan was born in Kuching, Sarawak, Malaysia, and is of Malaysian Chinese descent. Wan and his family moved to Perth, Australia when he was seven. He attended Lake Tuggeranong College in Canberra, before moving to Perth as an adult. Wan relocated from Perth to Melbourne, where he attended RMIT University.

All content from Kiddle encyclopedia articles (including the article images and facts) can be freely used under Attribution-ShareAlike license, unless stated otherwise. Cite this article:
James Wan Facts for Kids. Kiddle Encyclopedia.