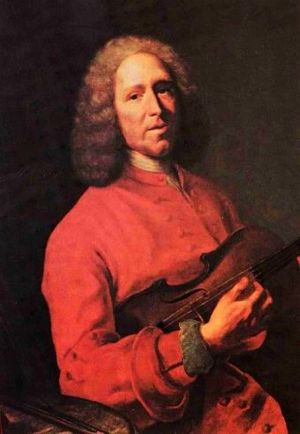 Jean-Philippe Rameau (birth date 9/25/1863 – death date 9/12/1764) was one of the most important French composers and music theorists of the 18th century and is also considered the leading French composer for the harpsichord of his time. 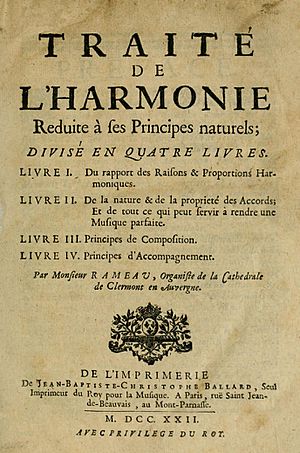 Title page of the Treatise on Harmony

Little is known about Rameau's early years, and it was not until the 1720s that he won fame with his music with Treatise on Harmony (1722) and also in the following years as a composer of masterpieces for the harpsichord, which circulated throughout Europe. He was almost 50 before he embarked on the operatic career on which his reputation chiefly rests today.

Rameau's music had gone out of fashion by the end of the 18th century, and it was not until the 20th that serious efforts were made to revive it. Today, he enjoys renewed appreciation with performances and recordings of his music ever more frequent. He is also known as an important music theorist by writing many books on the matter.

All content from Kiddle encyclopedia articles (including the article images and facts) can be freely used under Attribution-ShareAlike license, unless stated otherwise. Cite this article:
Jean-Philippe Rameau Facts for Kids. Kiddle Encyclopedia.