Jefferson is a village in Ashtabula County, Ohio, United States. The population was 3,120 at the 2010 census. It is the county seat of Ashtabula County. Modern-day Jefferson sports the world's only perambulator museum and a historical complex including several restored 19th-century buildings. Joshua Giddings' law office has also been restored as a museum. Annual village events include the Ashtabula County Fair, the Strawberry Festival, Jefferson Days, and the Covered Bridge Festival.

Jefferson was officially founded by Gideon Granger—U.S. Postmaster General during Thomas Jefferson's administration—in 1803. He envisioned the new settlement as a "Philadelphia of the West," and early plans for the village were based upon the layout of that city. A cabin was erected by Granger's agent in 1804, but the settlement's first permanent residents arrived only in 1805: the Samuel Wilson family. Wilson, misled by land agents, moved to Ohio in late autumn expecting to find a thriving city on Granger's land. Instead, he found a wilderness, broken only by trees emblazoned with Philadelphian street names, marking where future streets would be built. Wilson himself died after two weeks of herculean effort to prepare for the winter, but his family stayed on as the first citizens of Jefferson.

Jefferson's two most famous sons were Congressman Joshua Giddings and Senator Benjamin Wade, two prominent Republican abolitionists. In 1831 the two men formed a law practice in Jefferson (which became the county seat of newly formed Ashtabula County in 1811) and worked together until Giddings was elected to Congress in 1838. Wade successfully ran for the Ohio State Senate in 1837, then won election to the US Senate in 1851. Both were instrumental in the foundation of the Republican Party and defied the "Gag Rule" barring discussion of slavery prior to the American Civil War. Jefferson itself was a hotbed of abolitionism. John Brown spoke in the village, and several of its houses acted as stations on the Underground Railway. During the American Civil War, it trained Union recruits at Fort Giddings, which stood in the village at the current site of the fairgrounds.

E.T. Ernest, the first American to drive an automobile from coast to coast, was also a Jefferson resident.

According to the United States Census Bureau, the village has a total area of 2.52 square miles (6.53 km2), all land. 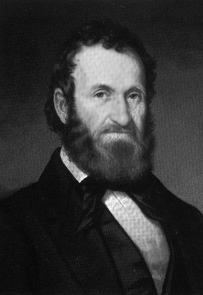 All content from Kiddle encyclopedia articles (including the article images and facts) can be freely used under Attribution-ShareAlike license, unless stated otherwise. Cite this article:
Jefferson, Ohio Facts for Kids. Kiddle Encyclopedia.