Joseph Black (16 April 1728 – 6 December 1799) was a Scottish physician and chemist, known for his discoveries of magnesium, latent heat, specific heat, and carbon dioxide. He was Professor of Anatomy and Chemistry at the University of Glasgow for 10 years from 1756, and then Professor of Medicine and Chemistry at the University of Edinburgh from 1766, teaching and lecturing there for more than 30 years. 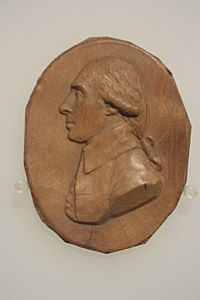 Black was born in Bordeaux, France, the sixth of the 12 children. His mother was from an Aberdeenshire family that had connections with the wine business and his father was from Belfast, Ireland. He was educated at home until the age of 12, after which he attended grammar school in Belfast. In 1746 at the age of 18 he entered the University of Glasgow, studying there for four years before spending another four at the University of Edinburgh, furthering his medical studies. During his studies he wrote a doctorate thesis on the treatment of kidney stones with the salt magnesium carbonate.

Like most 18th-century experimentalists, Black's idea of chemistry was based on five 'principles' of matter: Water, Salt, Earth, Fire and Metal. He added the principle of 'Air' when his experiments definitely confirmed the presence of carbon dioxide, which he called 'fixed air'. Black's research was guided by questions relating to how the 'principles' combined with each other in various different forms and mixtures. He used the term 'affinity' to describe the force that held such combinations together. Throughout his career he used a variety of diagrams and formulas to teach his University of Edinburgh students how to manipulate 'affinity' through different kinds of experimentation.

All content from Kiddle encyclopedia articles (including the article images and facts) can be freely used under Attribution-ShareAlike license, unless stated otherwise. Cite this article:
Joseph Black Facts for Kids. Kiddle Encyclopedia.