Karaikal is a port city in the south-eastern coast of India. It is also a municipality and headquarters of Karaikal district. The French Government got control over Karaikal in 1674 and ruled it for over 280 years until the Pondicherry independence in 1954. 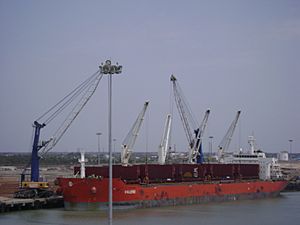 After the independence, Karaikal was also joined with Yanam, Mahe,and Pondicherry forming the Puducherry Union territory. Karaikal city and other surrounding parts like Tirumalairayanpattinam, Thirunallar, Nedungadu, Kottucherry, Neravy, Varichikudy etc forms the Karaikal district. This district divides the Nagapattinam district into two. This makes Nagapattinam district as the only district to be divided into two in India.

Karaikal is situated in the Kaveri river's delta region. Therefore Karaikal land is rich in Alluviam, which makes it fertile land.

Karaikal is the place where Karaikal Ammaiyar, one of the 63 nayanmars born and lived. She is one of the renowned saint, who showed her devotion to Lord Shiva. She was also known as the mother of southern music.

Karaikal has many famous temples which are very famous like the Karaikal Ammaiyar Temple. The grand and famous festival of Mangani festival is celebrated in Karaikal. The other temples are Kailasanathar Kovil, Sri Nithyakalyana Perumal temple etc.

All content from Kiddle encyclopedia articles (including the article images and facts) can be freely used under Attribution-ShareAlike license, unless stated otherwise. Cite this article:
Karaikal Facts for Kids. Kiddle Encyclopedia.