Kashima is a city located in Ibaraki Prefecture, Japan. As of April 2018, the city had an estimated population of 67,560, and a population density of 631 persons per km². Its total area is 106.02 square kilometres (40.93 sq mi). Kashima is the home of the J. League's Kashima Antlers. Its home field, Kashima Soccer Stadium, was used as a site during the 2002 FIFA World Cup. 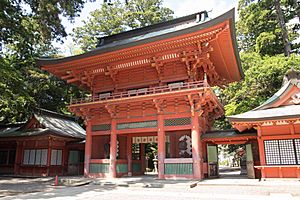 The city is also the site of the Kashima Shrine, a Shinto temple which is considered the birthplace of many influential styles of swordplay (Kenjutsu) in Japan. It's one of the oldest shrines in eastern Japan, founded in 660 BC according to legend, and the real date is estimated from historical studies as the 4th century. 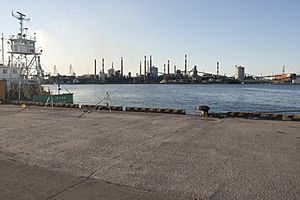 Kashima is the central city of the Kashima Industrial Zone, and it has a large industrial park with about 1500 factories, especially petrochemical and steel plants. The Japanese government created this zone in 1963, and the development was mostly completed in 1973. 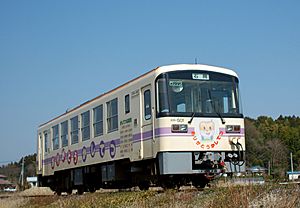 Kashima is at the eastern end of the JR Kashima Line, which connects it (through the Narita Line and Sobu Line) to Chiba Prefecture and Tokyo. The Higashi-Kantō Expressway follows a similar route from Kashima to Tokyo.

The closest major airport is Narita International Airport, linked by expressway. There is a large international freight port, Kashima Port in the industrial zone. 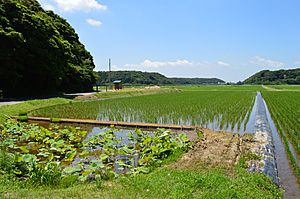 Kashima is located in southeastern Ibaraki Prefecture, bordered by the Pacific Ocean to the east and the Kitaura portion of Lake Kasumigaura to the west. It is approximately 110 kilometers to the northeast of Tokyo.

All content from Kiddle encyclopedia articles (including the article images and facts) can be freely used under Attribution-ShareAlike license, unless stated otherwise. Cite this article:
Kashima, Ibaraki Facts for Kids. Kiddle Encyclopedia.