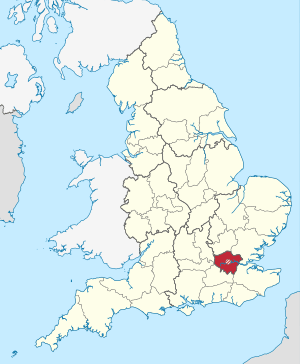 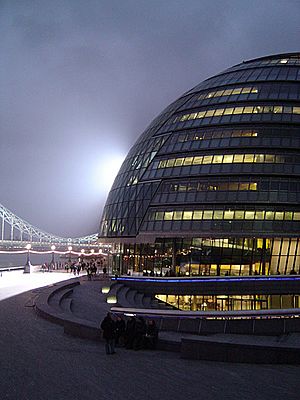 City Hall at night, the headquarters of the GLA.

Local government in London takes place in two tiers; a citywide, strategic tier and a local tier. Citywide administration is coordinated by the Greater London Authority (GLA), while local administration is carried out by 33 smaller authorities.

The Greater London Authority consists of two elected parts. They are the Mayor of London, who has executive powers, and the London Assembly, who scrutinise the Mayor's decisions and can accept or reject his budget proposals each year. The GLA is responsible for strategic planning, policing, the fire service, most aspects of transport and economic development. It is a recent organisation, having been set up in 2000 to replace the similar Greater London Council (GLC) which had been abolished in 1986. The headquarters of the GLA and the Mayor of London is at City Hall. The current Mayor of London is Sadiq Khan who was elected in 2016, replacing Boris Johnson, who served two terms.

Health services in London are managed by the national government through the National Health Service, which is controlled and administered in London by a single NHS Strategic Health Authority called NHS London.

The 33 local authorities are the 32 London borough councils and the City of London Corporation. They are responsible for local services not overseen by the GLA, such as local planning, schools, social services, local roads and refuse collection. The London boroughs each have a council made up from representatives from political parties and single issue organisations elected every four years by local residents 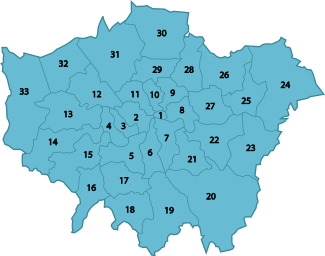 All content from Kiddle encyclopedia articles (including the article images and facts) can be freely used under Attribution-ShareAlike license, unless stated otherwise. Cite this article:
Local government in London Facts for Kids. Kiddle Encyclopedia.