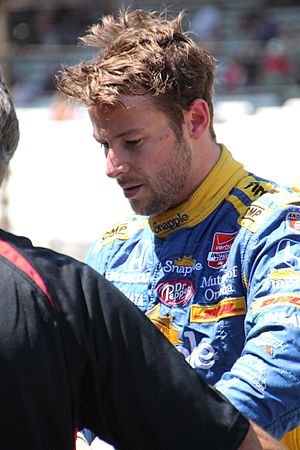 Marco Andretti at the Indianapolis Motor Speedway in 2015

Marco Michael Andretti (born March 13, 1987) is an American race car driver. He drives car #27 for Andretti Autosport in the IndyCar Series. He is a part of the famous Andretti family of race car drivers.

All content from Kiddle encyclopedia articles (including the article images and facts) can be freely used under Attribution-ShareAlike license, unless stated otherwise. Cite this article:
Marco Andretti Facts for Kids. Kiddle Encyclopedia.