Marlboro County is a county located in the U.S. state of South Carolina. As of the 2010 census recorded its population to be 28,933. Its county seat is Bennettsville. The Great Pee Dee River runs through it.

Succeeding indigenous peoples occupied this area for thousands of years. At the time of European encounter, the inhabitants of the area were the historic Pee Dee. Some had moved into this area from the Lowcountry as a result of colonial pressures along the coast. They are believed to have spoken either a Siouan language, as did tribes in the Piedmont, or one of the Algonquian languages family, which were common among coastal peoples. Descendants identifying as Pee Dee still live in the county and region. More recent research suggests they were based in this area, as part of a group called the South Appalachian Mississippian culture.

The first European colonists to arrive in the area were Welsh settlers, part of the British Isles colonists, migrating south from Pennsylvania. In 1737, they established the first European-American settlement, called Welsh Neck.; these original settlers organized a Baptist church in January 1738.

On 12 March 1785, Marlboro County was established by law. It was named for the Duke of Marlborough. The first courthouse was near the Great Pee Dee River, just North of Crooked Creek, in a village called Carlisle, named for Richard Carlisle. In an effort to provide a more central location for the courthouse, the state legislature created the new county seat of Bennettsville, founded in 1819. A Robert Mills-designed courthouse was selected to be built. Construction began in 1820 and was completed in 1824. It was replaced in the later 19th century, and the second courthouse was expanded and renovated in 1953-1954. 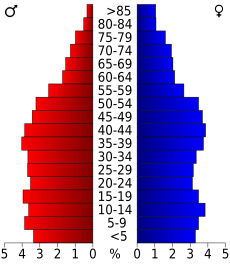 All content from Kiddle encyclopedia articles (including the article images and facts) can be freely used under Attribution-ShareAlike license, unless stated otherwise. Cite this article:
Marlboro County, South Carolina Facts for Kids. Kiddle Encyclopedia.