Masterton (Māori: Whakaoriori) is a large town and local government district in the Wellington Region of New Zealand. It is the largest town in the Wairarapa, a region separated from Wellington by the Rimutaka ranges. It is 100 kilometres north-east of Wellington, 39.4 kilometres south of Eketahuna, on the Ruamahanga River.

Masterton businesses include services for surrounding farmers. Three new industrial parks are being developed in Waingawa, Solway and Upper Plain. The town is the headquarters of the annual Golden Shears sheep-shearing competition.

Masterton was founded in 1854 by the Small Farms Association. The association was led by Joseph Masters – after whom the town was named – and aimed to settle working people in villages and on the land. At first Masterton grew slowly, but as its farming hinterland became more productive it began to prosper. In the 1870s it overtook Greytown as Wairarapa’s major town. It became a borough in 1877 and was reached by the railway line from Wellington in 1880. This cemented the town’s position as the region’s main market and distribution centre.

In the 20th century Masterton kept growing, but never enough to dominate the region. From the 1960s, people and businesses left for opportunities elsewhere. In the 1980s, with government deregulation and protective tariffs lifted, more businesses closed and the town declined further.

In April 1965 one of the country's worst industrial accidents occurred at the General Plastics Factory.

Masterton enjoys a mild temperate climate grading towards a Mediterranean climate. Due to the geography of the Wairarapa valley and the Tararua Range directly to the west, the town's temperature fluctuates more than nearby inland city of Palmerston North. Masterton experiences warmer, dry summers with highs above 30 °C possible and colder winters with frequent frost and lows below 0 °C.

Applications for local government reorganisation from the Greater Wellington Regional Council and the Wairarapa district councils in mid-2013 led to a proposal from the Local Government Commission for a region-wide unitary authority. In June 2015, the Commission decided not to proceed with this proposal due to lack of public support. Instead, because about 40 per cent of submissions suggested alternatives to the status quo, the Commission decided work with councils and the community to achieve some consensus on the challenges it faced, and to collaborate in identifying possible options to address the challenges.

Masterton is very well served by public transport with rail and bus links. Despite Masterton and the Wairarapa valley being reasonably close to Wellington, they are separated by the Rimutaka Ranges with State Highway 2 cutting a winding hill road through the range, and the Rimutaka railway tunnel. Unlike other parts of the country, the Wairarapa has seen passenger rail services remain, largely due to its proximity to Wellington and the Rimutaka Tunnel's advantage over the Rimutaka Hill road. There has been talk of constructing a road tunnel through the ranges for decades, but this has been ruled out due to the extremely high cost. According to the latest transportation plan from the Greater Wellington Regional Council, the only work planned is for upgrades to the Rimutaka Hill road and the addition of passing lanes between Featherston and Masterton.

Masterton is linked to Wellington and the Hutt Valley by the Wairarapa Connection, a Tranz Metro passenger service run for Greater Wellington Region's Metlink, primarily operating at peak times serving commuters from Masterton and the Wairarapa with five return services on Monday to Thursday, six on Friday and two at weekends and public holidays. There are three railway stations in the town; Masterton, Renall Street and Solway. To cope with an increase in logging in the Wairarapa, an additional 2.5 hectare rail freight hub is due to be operational in Norfolk Road, Waingawa by March 2016. 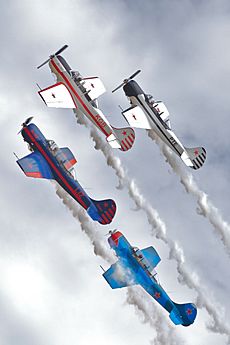 There is a local Metlink bus service in Masterton operated by Tranzit. The buses operate on five routes: three suburban and two regional including:

There is also the MPN: Masterton to Palmerston North (via Woodville) service, not operated under the Metlink brand.

Hood Aerodrome is south of Masterton though as of 2015, there are no commercial flights from it. From early 2009 until late 2013 Air New Zealand provided flights to Auckland, operated by subsidiary Eagle Airways six days a week, mainly to serve business customers in the Wairarapa. There have been a few other unsuccessful attempts at commercial air travel in Masterton, mostly failing due to its proximity to major airports in Wellington and Palmerston North. The most significant was by South Pacific Airlines of New Zealand (SPANZ), which operated daily flights using DC3s during the sixties to destinations nationwide until the airline's closure in 1966.

Masterton has sister-city relationships with:

Masterton is the antipode of Segovia, Spain.

All content from Kiddle encyclopedia articles (including the article images and facts) can be freely used under Attribution-ShareAlike license, unless stated otherwise. Cite this article:
Masterton Facts for Kids. Kiddle Encyclopedia.