Upper Hutt (Māori: Orongomai) is a city in the Wellington Region of the North Island of New Zealand, and one of the four cities that constitute the Wellington metropolitan area.

Upper Hutt is approximately 30 km north-east of Wellington. While the main areas of development lie along the Hutt River valley floor, the city extends to the top of the Rimutaka saddle to the north-east and into the Akatarawa Valley and rough hill-country of the Akatarawa ranges to the north and north-west, almost reaching the Kapiti Coast close to Paekakariki. Centred on the upper (northern) valley of the Hutt River, which flows north-east to south-west on its way to Wellington harbour, it widens briefly into a 2500-m-wide floodplain between the Rimutaka and Akatarawa Ranges before constricting nine kilometres further downstream at the Taita Gorge, which separates Upper Hutt from its neighbour, Lower Hutt. The city's main urban area is on this plain. A smaller flood plain lies upstream, above the Kaitoke Gorge, but there is little development on it.

Upper Hutt has a temperate climate however due to its sheltered valley location, it generally tends to be warmer than inner city Wellington in summer and much colder in the winter. It is not uncommon in summer for temperatures to reach the mid 30's Celsius (+/- 95f), and in winter the temperature to drop to as low as −5c (about 23f) with regular and often heavy frost. Snow generally doesn't fall below 300m, but in 2011 Upper Hutt sea level snow occurred twice, as part of 2011 New Zealand snowstorms. On 25 July and again between 14 and 16 August which was the heaviest blizzard in Upper Hutt since 1976 and came as a great novelty to residents. Upper Hutt receives about 1400mm of rain per year. 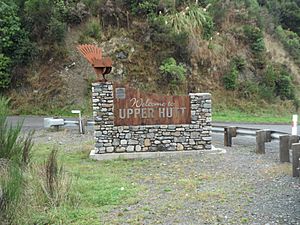 "Welcome to Upper Hutt" sign at Te Marua, with a wrought iron depiction of a New Zealand fantail.

The main urban area of the city has a population of 40,100 (June 2016), including people who live in the sparsely-populated regions beyond the upper Hutt Valley plain.

The main suburbs of Upper Hutt, from north-east to south-west, include:

Developments in the area include Mount Marua, Marua Downs, Waitoka Estate, and Riverstone Terraces. A development called The Lanes was proposed but rejected by the Lanes Commissioners appointed by the Council. This decision was made as to ensure the maintenance of the significant rural character and amenity in the Mangaroa Valley. 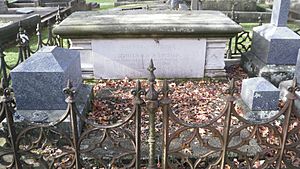 Upper Hutt is in an area originally known as Orongomai, and that of the river was Heretaunga (today the name of a suburb of Upper Hutt). The first residents of the area were Māori of the Ngai Tara iwi. Various other iwi controlled the area in the years before 1840, and by the time the first colonial settlers arrived the area was part of the Te Atiawa rohe. Orongomai Marae is to the south of the modern city centre.

Richard Barton, who settled at Trentham in 1841 in the area now known as Trentham Memorial Park, was the first European resident. Barton subsequently subdivided his land and set aside a large area that was turned into parkland. James Brown settled in the area that became the Upper Hutt town in 1848.

Having divided the land into 100 acre block, the settlers set about clearing the land of its indigenous forest and turning it into farmland. Sawmillers milled larger trees, such as Totara, for building materials and burned off the remaining scrub and underbrush. 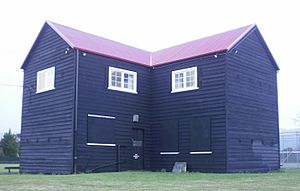 Upper Hutt Blockhouse was built as part of a stockade in 1860, during the New Zealand Wars.

Alarmed by unrest in Taranaki and sightings of local Maori bearing arms, settlers in the Hutt Valley lobbied for the construction of fortifications in Upper and Lower Hutt. The government and the military responded by constructing 2 stockades in the Hutt Valley in 1860. While the stockade in Upper Hutt was manned for 6 months, the threat of hostilities soon passed and neither installation ever saw hostile action.

The railway line from Wellington reached Upper Hutt on 1 February 1876. The line was extended to Kaitoke at the top end of the valley, reaching there on 1 January 1878. The line continued over the Rimutaka Ranges to Featherston in the Wairarapa as a Fell railway, opening on 12 October 1878.

By the beginning of March 1914, the area of Upper Hutt controlled by the Upper Hutt Town Board had its own water supply. The supply capacity was increased when the Birchville Dam was built in 1930.

On the evening of 28 March 1914, fire broke out at the Benge and Pratt store in Main Street. An explosion killed 8 of the volunteers fighting the fire and destroyed the building.

For many years Upper Hutt was a rural service town supporting the surrounding rural farming and forestry community. Serious urbanisation of the upper Hutt Valley only started around the 1920s but from the late 1940s onwards Upper Hutt's population exploded as people moved from the crowded hustle and bustle of inner city Wellington into a more secluded yet sprawling Hutt Valley. In 1950 Trentham Memorial Park was created with an area of almost 50 hectares. In July 1955, the electrification of the railway line from Wellington to Upper Hutt was completed, allowing fast electric multiple unit trains to replace steam- and diesel-electric-hauled carriage trains. Later in November, the 8.8 km Rimutaka Tunnel opened, bypassing the Rimutaka Incline and most of the existing line between Upper Hutt and Featherston, and reducing the time between the two from 2.5 hours to just 40 minutes.

Upper Hutt continued to grow in population and became a city within the Wellington metropolitan area on 2 May 1966. 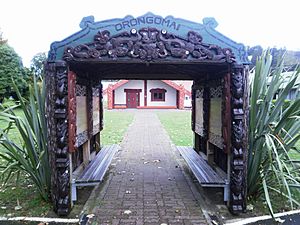 Orongomai Marae is named after the Māori name for the area, meaning place of Rongomai.

Residential subdivision in areas such as Clouston Park, Maoribank, Totara Park and Kingsley Heights continued into the 1980s.

In the 1980s, significant travel delays were being experienced through Upper Hutt, with State Highway 2 traffic travelling from Lower Hutt and Wellington to central Upper Hutt and further afield to the Wairarapa being funnelled down the two-lane Fergusson Drive and mixing with local traffic through Silverstream and Trentham. With central government reluctant to fund any road improvements in the area, the Upper Hutt City Council commissioned the construction of a two-laned high-speed bypass along the banks of the Hutt River from the Taita Gorge in the south to Māoribank in the north. River Road, as the road became to be known, opened in 1987. It promptly ran at full capacity and, after several serious accidents that were a legacy of its origins, it was enlarged and re-engineered to cope with the growing traffic volume. Today, River Road is a median-divided 2+1 road from the Taita Gorge to Totara Park, with two-laned undivided sections over the Moonshine Bridge and from Totara Park to Maoribank.

Upper Hutt is in the bed of an ancient river flood plain and as such was prone to flooding. In the 1970s and 1980s, a stop bank was built alongside the eastern side of the river from northern Upper Hutt to the mouth of the Hutt River in Lower Hutt to prevent further flooding.

Upper Hutt is on the Hutt Valley railway line, with half-hourly daytime Metlink electric trains operated by Transdev, which reach Waterloo in Lower Hutt in around 20 minutes and Wellington in around 45 minutes. While express peak hour weekday trains reach wellington in around 38 minutes.

The railway continues beyond Upper Hutt to Masterton, becoming the Wairarapa Line, which is not electrified. Masterton is about an hour away by morning and afternoon diesel hauled trains. There are services five times a day each way Monday to Thursday, six on Friday, and twice a day each way on Saturday, Sunday, and public holidays. A notable feature of this section of railway is the Rimutaka Tunnel, the second-longest railway tunnel in New Zealand, which replaced the Rimutaka Incline in 1955.

Upper Hutt's railway station was originally built in 1876 but has been rebuilt twice - Firstly in 1955 and more recently in 2015. The most recent rebuild features a coffee bar, public toilets and upgraded ticket office featuring real time information of arrivals and departures of trains and a larger waiting room than the 1955 version.

To assist with the 1 in 15 grade of the Rimutaka Incline on the Featherston side of the range, Fell engines that used a raised centre rail to haul trains up the steep grade were employed. The less steep 1 in 40 grades between Upper Hutt and the small settlement and shunting yard at Summit could be managed by ordinary steam locomotives. The only other rolling stock able to traverse the incline unaided were small bus-like Wairarapa railcars, colloquially known as "Tin Hares".

By the 1950s the Fell system had become too expensive to operate and was closed on 29 October 1955. To replace it, the Rimutaka Tunnel had been constructed, opening on 3 November 1955. In conjunction with the tunnel, the laying of a new route, new bridges and substantial realignment and double-tracking of the rest of the line from Wellington to Trentham station had occurred by 26 June 1955.

The course of the incline is open to the public as part of the Rimutaka Rail Trail.

Walking and mountain-biking is popular along the Hutt River and on the tracks in many parks, including Karapoti (focal point of the annual Karapoti Classic), Kaitoke, Cannons Point, Tunnel Gully and the Rimutaka Rail Trail. Popular team sports include Cricket, Netball, Rugby, Rugby league, Soccer, and Valley Gridiron American football.

Upper Hutt is home to the biggest junior football club in New Zealand. The club was formed when Tararua Sports Club Inc and Upper Hutt City Soccer merged to create one club. The club now carries both of the old clubs names. The club primarily plays its home games at Maidstone Park but also plays at Awakairangi, Harcourt Park and Trentham Memorial Park.

The city has one of New Zealand's largest Inline speed skating clubs, Valley Inline which has many successful skaters and holds the annual Speed King Tour that celebrated its 22nd year in 2012.

All content from Kiddle encyclopedia articles (including the article images and facts) can be freely used under Attribution-ShareAlike license, unless stated otherwise. Cite this article:
Upper Hutt Facts for Kids. Kiddle Encyclopedia.