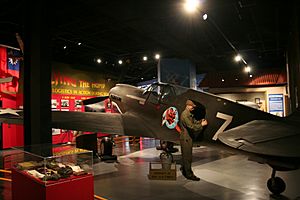 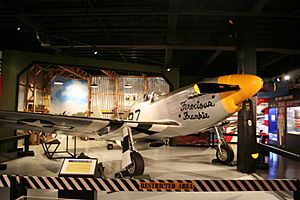 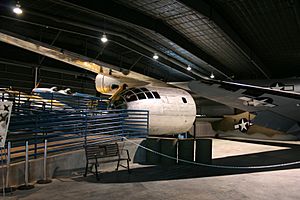 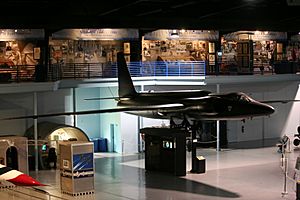 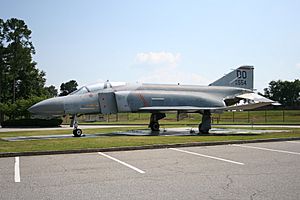 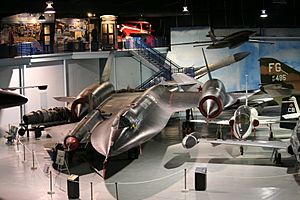 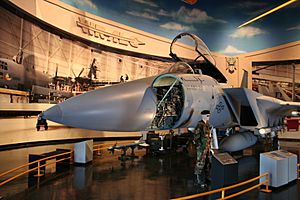 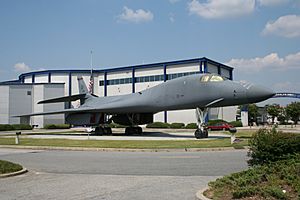 The Museum of Aviation is the second-largest aerospace museum of the United States Air Force. The museum is located just outside Warner Robins, Georgia, and near Robins Air Force Base. As of July 2019[update], the museum included four exhibit buildings and more than 85 historic aircraft, among other exhibits, on its 51 acres (21 ha). The museum is also the home of the Georgia Aviation Hall of Fame. Admission is free to the nearly half-million visitors each year, which makes it the fourth-most-visited museum of the United States Department of Defense.

The Museum of Aviation, originally the Southeastern Museum of Aviation, was founded in 1980, after World War I aviator Guy Orlando Stone offered his collection of aviation memorabilia to Robins Air Force Base if the base could build a museum to house it. The Air Force approved the museum in late 1980, and the Southeastern Museum of Aviation Foundation was incorporated in 1981 with the support of local civilians and base officials. Also in 1981, the Air Force Logistics Command, under General James P. Mullins, created its Heritage Program to preserve the history of Air Force logistics. The museum became part of the base's contribution to that program.

The museum opened its first office in 1982 after the acquisition of another private collection. That same year, the Air Force approved the museum's ten-year plan, and fundraising efforts began to collect the $9.5 million in projected construction costs for a permanent museum facility. The museum also added to its artifacts and aircraft collections, with its first airplane arriving in 1983, with a total of 27 acquired that year. The museum officially opened to the public in November 1984 with 20 planes on display and 20 more being restored.

By 1988, the museum's name had changed to the Museum of Aviation at Robins.

In 1989, Georgia governor Joe Frank Harris signed legislation to create the Georgia Aviation Hall of Fame, to be housed at the museum. Among the original inductees included Stone, whose collection had helped launch the museum.

In the 1990s, museum facilities expanded with addition of the "Hangar One" exhibit space in a former aircraft hangar. In 1992, the museum dedicated its 60,000-square-foot "Phase II" facility, later named the Eagle Building, which housed a theater, a diorama, and more aircraft, among other exhibits. In 1996, the "Century of Flight Hangar" added an additional 60,000 square feet.

In 2013 the museum announced that 32 aircraft were to be removed from display. Some of these were relocated to other museums and some were scrapped on-site.

In 2019, the museum unveiled a statue of Eugene Bullard, the first African-American pilot to fly in combat. Bullard, a native of Columbus, Georgia, served in the Aéronautique Militaire (French Air Force) during World War I. He was posthumously commissioned as a second lieutenant in the U.S. Air Force in 1994.

All content from Kiddle encyclopedia articles (including the article images and facts) can be freely used under Attribution-ShareAlike license, unless stated otherwise. Cite this article:
Museum of Aviation (Warner Robins) Facts for Kids. Kiddle Encyclopedia.