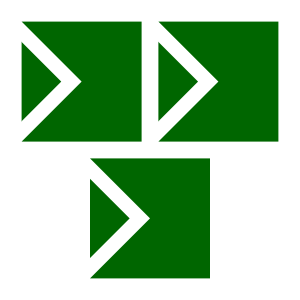 Narashino is in northwestern Chiba prefecture.

Its population is approximately 170,000. The mayor of the city is Taisuke Miyamoto who was chosen in an election in 2011. 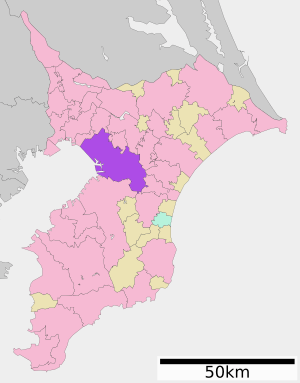 During World War I, from 1915 to 1920, about 1000 German soldiers were captured as prisoners of war and taken to an internment camp in Narashino. The Ministry of Agriculture and Commerce took notice of sausage as a highly nutritious food at that time. Karl Jahn and other German prisoners had been sausage makers in Germany. The Japanese bureaucracy made these craftspeople reveal their secret recipe. That’s why Narashino city is called "the birthplace of the traditional process for making sausages."

There are some traits of the Narashino sausage. For example, the sausage is free from additional food preservatives or artificial color and made from hog casing instead of sheep casing. They are served to schoolchildren for school lunch.

In the 1970s, most of the land near Narashino was built up due to economic growth, but the Minister of Finance kept one piece of land, a tidal flat, as it was. It was a rare habitat for migratory birds such as plovers and snipes. Water pollution and odor, however, became worse because of illegal waste dumping by people who lived nearby. ​Saburo Morita​who was a newspaper deliverer at that time. He started removing litters in order to clean up the tidal flat by himself. Eventually other people came to help him. They restored mud flat.

This tidal flat was entered into ​Ramsar Convention ​in 1993. Now all of the elementary school students in Narashino have been to the area at least once. There is an observatory that provides visitors with information on the area.

Daiki Arioka​: a member of "Hey Say Jump" (one of the Johnny’s)

In 2001, the first shop was opened in Yatsu (the second store in Okubo). The chef is Tomoyuki Yokoyama. He used to work at famous hotels like Hotel New Otani or The Okura Tokyo. His motto is to utilize simple ingredients so that everyone can enjoy his sweets.

"Iwashu" is one popular sweet. The cream puff is filled with custard cream and topped with cookie dough. It takes only about 1 hour to sell out 1200 pieces of cream puff every day.

All content from Kiddle encyclopedia articles (including the article images and facts) can be freely used under Attribution-ShareAlike license, unless stated otherwise. Cite this article:
Narashino Facts for Kids. Kiddle Encyclopedia.