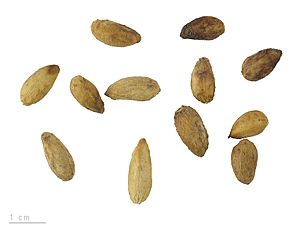 Neem is a tree in the mahogany family Meliaceae. It is native to India, Myanmar, Bangladesh, Sri Lanka, Malaysia and Pakistan. It grows in tropical and semi-tropical regions. It was also the state tree of Hyderabad Deccan.

Neem is a fast-growing tree that can reach a height of 15–20 metres (49–66 ft), and rarely 35–40 metres (115–131 ft). It is evergreen, but in severe drought it may shed most of its leaves or nearly all leaves. The branches are wide and spreading. The fairly dense crown is roundish and may reach a diameter of 20–25 metres (66–82 ft). The neem tree is very similar in appearance to its relative, the Chinaberry (Melia azedarach).

The (white and fragrant) flowers are arranged in more-or-less drooping axillary panicles which are up to 25 centimetres (9.8 in) long. The inflorescences, which branch up to the third degree, bear from 250 to 300 flowers. An individual flower is 5–6 millimetres (0.20–0.24 in) long and 8–11 millimetres (0.31–0.43 in) wide. Protandrous, bisexual flowers and male flowers exist on the same individual tree.

The neem tree is often confused with a similar looking tree called bakain. Bakain also has toothed leaflets and similar looking fruit. One difference is that neem leaves are pinnate but bakain leaves are twice- and thrice-pinnate. Its fruit are shaped like miniature apples. 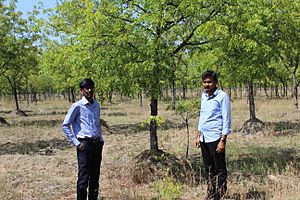 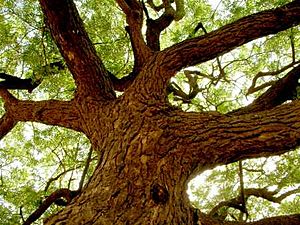 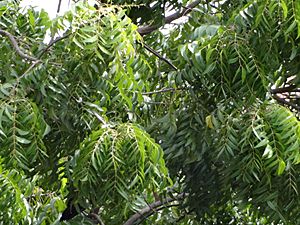 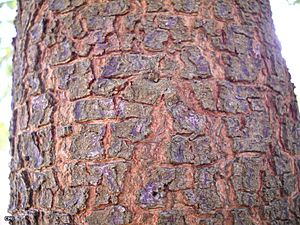 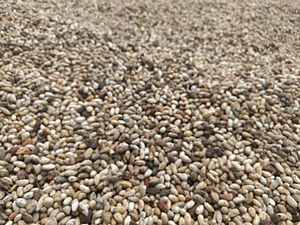 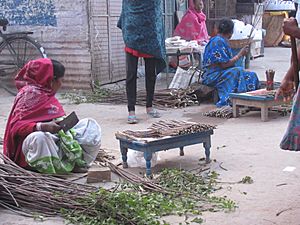 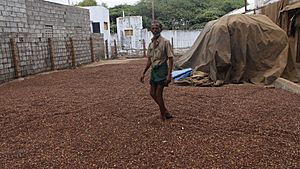 Neem leaves are dried in India and placed in cupboards to prevent insects eating the clothes, and also in tins where rice is stored. These flowers are also used in many Indian festivals like Ugadi. See below: #Association with Hindu festivals in India. As an ayurvedic herb, neem is also used in baths.

The tender shoots and flowers of the neem tree are eaten as a vegetable in India. A souplike dish called Veppampoo charu (Tamil) (translated as "neem flower rasam") made of the flower of neem is prepared in Tamil Nadu. In Bengal, young neem leaves are fried in oil with tiny pieces of eggplant (brinjal). The dish is called nim begun and is the first item during a Bengali meal that acts as an appetizer. It is eaten with rice.

Neem is used in parts of mainland Southeast Asia, particularly in Cambodia aka sdov—ស្ដៅវ, Laos (where it is called kadao), Thailand (where it is known as sadao or sdao), Myanmar (where it is known as tamar) and Vietnam (where it is known as sầu đâu and is used to cook the salad gỏi sầu đâu). Even lightly cooked, the flavour is quite bitter and the food is not enjoyed by all inhabitants of these nations, though it is believed to be good for one's health. Neem gum is a rich source of protein. In Myanmar, young neem leaves and flower buds are boiled with tamarind fruit to soften its bitterness and eaten as a vegetable. Pickled neem leaves are also eaten with tomato and fish paste sauce in Myanmar.

Products made from neem trees have been used in India for over two millennia for their medicinal properties.

Neem oil can cause some forms of toxic encephalopathy and ophthalmopathy if consumed in large quantities.

Neem (Ineem) is a key ingredient in non-pesticidal management (NPM), providing a natural alternative to synthetic pesticides. Neem seeds are ground into a powder that is soaked overnight in water and sprayed onto the crop. To be effective, it must be applied repeatedly, at least every ten days. Neem does not directly kill insects on the crop. It acts as an anti-feedant, repellent, and egg-laying deterrent, protecting the crop from damage. The insects starve and die within a few days. Neem also suppresses the hatching of pest insects from their eggs. Neem-based fertilizeres have been effective against the pest southern armyworm. Neem cake is often sold as a fertilizer.

Neem oil has been shown to avert termite attack as an ecofriendly and economical agent.

Applications of neem oil in the preparation of polymeric resins have been documented in the recent reports. The synthesis of various alkyd resins from neem oil is reported using a monoglyceride (MG) route and their utilization for the preparation of PU coatings. The alkyds are prepared from reaction of conventional divalent acid materials like phthalic and maleic anhydrides with MG of neem oil. 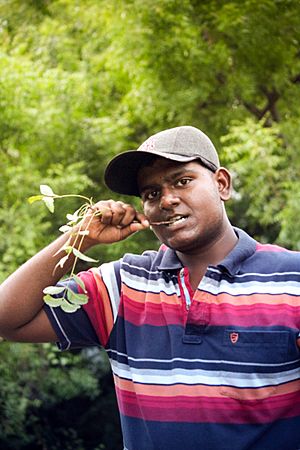 All content from Kiddle encyclopedia articles (including the article images and facts) can be freely used under Attribution-ShareAlike license, unless stated otherwise. Cite this article:
Neem Facts for Kids. Kiddle Encyclopedia.