The territory of this department is in a valley formerly called "Yarigua'a" that was part of the mission of Jesuit priests during the colonization.

At the end of the 16th century, the Franciscan missionaries founded the city of Yaguarón with Guarani people. More towns were founded on which today form part of this department:

The department was created in 1935. In 1945, the old department of Quyyndy was made part of Paraguarí.

The department is divided in 17 districts: 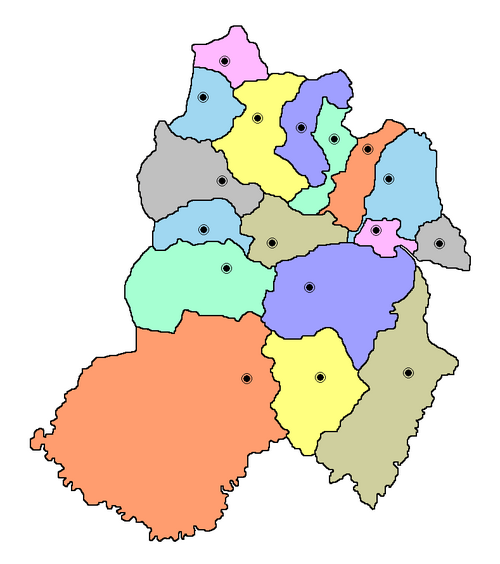 All content from Kiddle encyclopedia articles (including the article images and facts) can be freely used under Attribution-ShareAlike license, unless stated otherwise. Cite this article:
Paraguarí Department Facts for Kids. Kiddle Encyclopedia.