The Portsmouth Naval Shipyard, often called the Portsmouth Navy Yard, is a United States Navy shipyard located in Kittery on the southern boundary of Maine near the city of Portsmouth, New Hampshire. PNS is tasked with the overhaul, repair, and modernization of US Navy submarines. 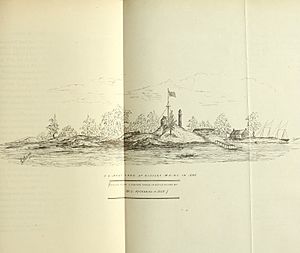 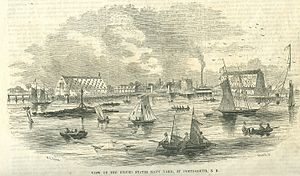 The Portsmouth Naval Shipyard was established on June 12, 1800 during the administration of President John Adams, and is the U.S. Navy's oldest continuously operating shipyard. It sits on a cluster of conjoined islands called Seavey's Island in the Piscataqua River, whose swift tidal current prevents ice from blocking navigation to the Atlantic Ocean.

The area has a long tradition of shipbuilding. Since colonial settlement, New Hampshire and Maine forests provided lumber for wooden boat construction. HMS Falkland was commissioned here in 1696, considered the first British warship built in the Thirteen Colonies. The Royal Navy reserved the tallest and straightest eastern white pine trees for masts, emblazing the bark with a crown symbol. During the Revolution, the Raleigh was built in 1776 on Badger's Island in Kittery, and became the first vessel to fly an American flag into battle. Raleigh has been depicted on the Seal of New Hampshire since 1784, even though she was captured and served in the British Navy. Other warships followed, including Ranger launched in 1777 and commanded by Captain John Paul Jones. It became the first U. S. Navy vessel to receive an official salute at sea from a foreign power. The 36-gun frigate Congress, one of the first six frigates of the United States Navy, was built at the shipyard from 1795 to 1799.

In the 1790s Secretary of the Navy Benjamin Stoddert decided to build the first federal shipyard. He put it where a proven workforce had access to abundant raw materials: Fernald's Island, for which the government paid $5,500. To protect the new installation, old Fort William and Mary at the mouth of Portsmouth Harbor was rebuilt and renamed Fort Constitution.

Commodore Isaac Hull was the first naval officer to command the Portsmouth Naval Shipyard; he led it from 1800 until 1802, and again in 1812 during the War of 1812. The yard's first production was the 74-gun ship of the line Washington, supervised by local master shipbuilder William Badger and launched in 1814. Barracks were built in 1820, with Marine barracks added in 1827. A hospital was established in 1834. Architect Alexander Parris was appointed chief engineer for the base. In 1838, the Franklin Shiphouse was completed -- 240 feet (73 m) long, 131 feet (40 m) wide, and measuring 72 feet (22 m) from floor to center of its ridgepole. It carried 130 tons of slate on a gambrel roof. It was lengthened in 1854 to accommodate Franklin (from which it took its name), the largest wooden warship built at the yard, and requiring a decade to finish. The structure was considered one of the largest shiphouses in the country, but it burned at 5:00 a.m. on 10 March 1936. Perhaps the most famous vessel ever overhauled at the yard was Constitution, also called "Old Ironsides," in 1855. 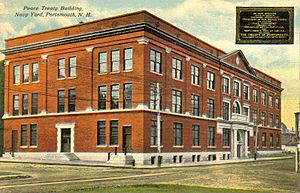 Prisoners of war from the Spanish–American War were encamped in 1898 on the grounds of the base. In 1905, construction began on the Portsmouth Naval Prison, a military prison dubbed "The Castle" because of its resemblance to a crenellated castle. It was the principal prison for the Navy and Marine Corps, as well as housing for many German U-boat crews after capture, until it closed in 1974. Also in 1905, the Portsmouth Navy Yard hosted the Treaty of Portsmouth which ended the Russo-Japanese War. For arranging the peace conference, President Theodore Roosevelt won the 1906 Nobel Peace Prize. Delegates met in the General Stores Building, now the Administration Building (called Building 86). In 2005, a summer-long series of events marked the 100th anniversary of the signing of the treaty, including a visit by a Navy destroyer, a parade, and a re-enactment of the arrival of diplomats from the two nations. 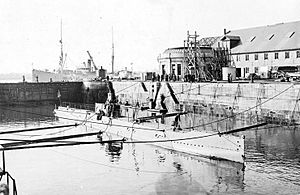 During World War I, the shipyard began constructing submarines, with L-8 being the first ever built by a U. S. navy yard. Meanwhile, the base continued to overhaul and repair surface vessels. Consequently, the workforce grew to nearly 5,000 civilians. It grew to almost 25,000 civilians in World War II when over 70 submarines were constructed at the yard, with a record of 4 launched in a single day. When the war ended, the shipyard became the Navy's center for submarine design and development. In 1953, Albacore revolutionized submarine design around the world with its teardrop hull and round cross-section. It is now a museum and tourist attraction in Portsmouth. Swordfish, the first nuclear-powered submarine built at the base, was launched in 1957. The last submarine built here was Sand Lance, launched in 1969. Today the shipyard provides overhaul, refueling, and modernization work.

In the early years of submarine construction, the wood from lignum vitae tree logs was used for propeller shaft bearings. A small pond at Portsmouth, near the Naval Prison, was used to keep the lignum vitae logs submerged in water in order to prevent the wood from cracking. Although the use of wood was discontinued as construction techniques improved, many of the logs were still present during the construction of USS Jack between 1963 and 1967.

In 1994, the shipyard was placed on the EPA's National Priorities List (NPL) for environmental investigations/restorations under CERCLA (Superfund). The 2005 Base Realignment and Closure Commission placed the yard on a list for base closures, effective by 2008. Employees organized the Save Our Shipyard campaign to influence the committee to reverse its decision. On 24 August 2005, the base was taken off the list and continues operating under its motto, "From Sails to Atoms."

In addition to the Navy presence, the United States Army New England Recruiting Battalion relocated to PNSY in June 2010 from the closed Brunswick Naval Air Station. The United States Coast Guard uses the Portsmouth Navy Yard as the home port for the medium-endurance cutters Reliance, Tahoma, and Campbell.

New Hampshire laid claim to the Portsmouth Naval Shipyard until the U.S. Supreme Court dismissed the case in 2001, asserting judicial estoppel. Had it been found to belong to New Hampshire, base employees (and their spouses regardless of whether they themselves worked in Maine) from that state would no longer be required to pay Maine income tax. Despite the court's ruling, New Hampshire's 2006 Session House Joint Resolution 1 reaffirmed its sovereignty assertion over Seavey's Island and the base.

A CDC / NIOSH study released in 2005 examined the cases of 115 employees at the shipyard who had died of leukemia between 1952 and 1992. The results suggested that leukemia mortality risk increased with increasing cumulative occupational ionizing radiation dose among PNS workers. 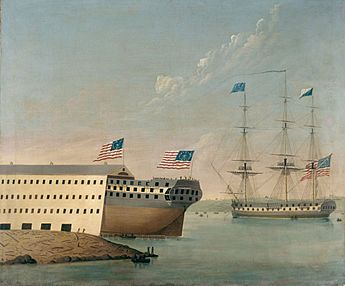 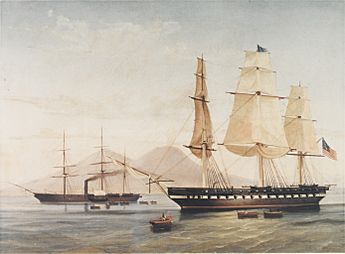 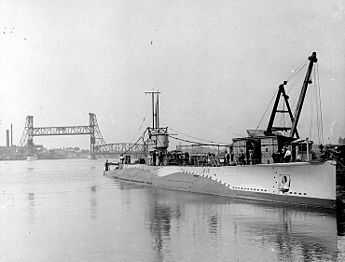 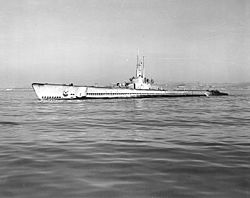 Balao was the first fleet submarine with a stronger pressure hull 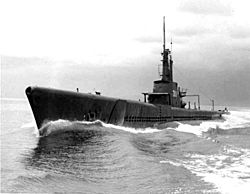 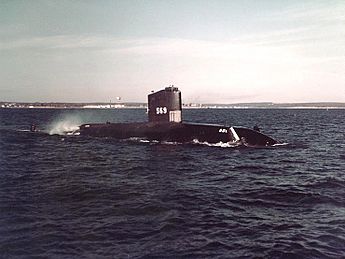 All content from Kiddle encyclopedia articles (including the article images and facts) can be freely used under Attribution-ShareAlike license, unless stated otherwise. Cite this article:
Portsmouth Naval Shipyard Facts for Kids. Kiddle Encyclopedia.