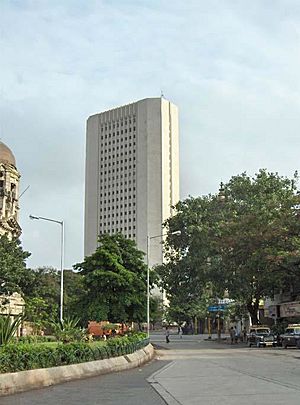 The Reserve Bank of India (RBI) is a top banking institution of the Republic of India. The bank controls the money supply in the country.

All content from Kiddle encyclopedia articles (including the article images and facts) can be freely used under Attribution-ShareAlike license, unless stated otherwise. Cite this article:
Reserve Bank of India Facts for Kids. Kiddle Encyclopedia.