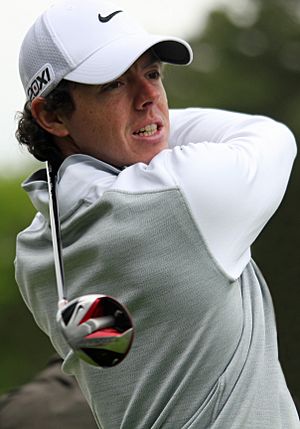 McIlroy was born in Holywood, County Down. He was engaged to Danish tennis player Caroline Wozniacki until their relationship ended in 2014.

All content from Kiddle encyclopedia articles (including the article images and facts) can be freely used under Attribution-ShareAlike license, unless stated otherwise. Cite this article:
Rory McIlroy Facts for Kids. Kiddle Encyclopedia.