The Ryder Cup is a biennial men's golf competition between teams from Europe and the United States. The competition is contested every two years with the venue alternating between courses in the United States and Europe. The Ryder Cup is named after the English businessman Samuel Ryder who donated the trophy. The event is jointly administered by the PGA of America and Ryder Cup Europe, the latter a joint venture of the PGA European Tour (60%), the PGA of Great Britain and Ireland (20%), and the PGAs of Europe (20%).

Originally contested between Great Britain and the United States, the first official Ryder Cup took place in the United States in 1927 at Worcester Country Club in Worcester, Massachusetts. The home team won the first five contests, but with the competition's resumption after the Second World War, repeated American dominance eventually led to a decision to extend the representation of "Great Britain and Ireland" to include continental Europe from 1979. The inclusion of continental European golfers was partly prompted by the success of a new generation of Spanish golfers, led by Seve Ballesteros and Antonio Garrido. In 1973 the official title of the British Team had been changed from "Great Britain" to "Great Britain and Ireland", but this was simply a change of name to reflect the fact that golfers from the Republic of Ireland had been playing in the Great Britain Ryder Cup team since 1953, while Northern Irish players had competed since 1947. 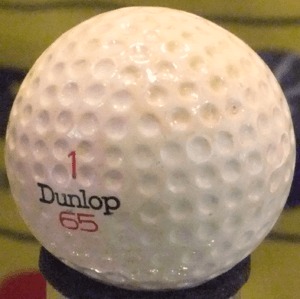 Since 1979, Europe has won eleven times outright and retained the Cup once in a tied match, with eight American wins over this period. In addition to players from Great Britain and Ireland, the European team has included players from Belgium, Denmark, France, Germany, Italy, Spain, and Sweden. The Ryder Cup, and its counterpart the Presidents Cup, remain exceptions within the world of professional sports because the players receive no prize money despite the contests being high-profile events that bring in large amounts of money in television and sponsorship revenue.

The current holders are Europe who won in 2018 at the Albatros Course at Le Golf National in Guyancourt, south-west of Paris, by a score of 17½ to 10½.

The next contest will be on the Straits course at Whistling Straits, Haven, Wisconsin, from 25 to 27 September 2020.

All content from Kiddle encyclopedia articles (including the article images and facts) can be freely used under Attribution-ShareAlike license, unless stated otherwise. Cite this article:
Ryder Cup Facts for Kids. Kiddle Encyclopedia.