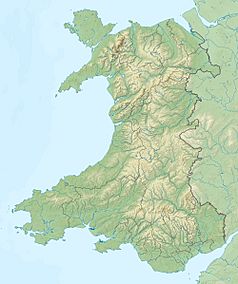 The 38th Ryder Cup was held 1–4 October 2010 at the Celtic Manor Resort in Newport, Wales. It was the 17th time the Ryder Cup had been staged in Britain, but the first time in Wales. It was played on the newly constructed Twenty Ten course, specifically designed for the event. The team captains were Colin Montgomerie for Europe and Corey Pavin for the United States.

With the U.S. as the defending champion, Europe won by a score of 14½ to 13½ and regained the Cup. It was Europe's sixth victory in the last eight contests and their fourth consecutive home win. The event was plagued by bad weather with play having to be suspended twice. Having taken a 3-point lead into the singles matches Europe faced a U.S. fightback and the conclusion of the Ryder Cup 2010 went right down to the anchor match between Graeme McDowell and Hunter Mahan. Eventually McDowell defeated Mahan 3 & 1 to regain the Cup for Europe.

The competition was officially opened by Carwyn Jones, First Minister for Wales.

The Ryder Cup is a match play event, with each match worth one point. The original schedule in 2010 was:

It was the second time in succession that the schedule for four-ball (better ball) and foursome (alternate shot) matches on Day One and Day Two has been changed, i.e. it was scheduled to be effectively the same timetable as was used in 2006.

As a result of the long suspension of play on the first day due to heavy rain, the format for the rest of the competition was changed to try to bring a conclusion to the matches on Sunday. However, further heavy rain caused a delayed start on Sunday, so that the last of the revised sessions would be played on Monday. Because of the changes, there were a number of Ryder Cup firsts. For the first time in the history of the Ryder Cup, all 24 players took part in pairing sessions at the same time in six pairings (as opposed to the usual four pairings) and in another first for the event both foursome and four-ball matches were played in the same session at the same time. It is also the first time that the competition went into a fourth day. The revised schedule consisted of four sessions as opposed to the usual five.

The total number of each type of match remained the same, 8 four-ball, 8 foursomes, and 12 singles. By captains' agreement, matches would conclude at sundown Monday if not completed before then. Any matches still in progress would be considered halved at that point.

The matches were covered live domestically on Sky Sports with daily highlights shown on the BBC.

All matches were covered live in the United States, a first for a Ryder Cup in Europe. ESPN handled Friday coverage. Mike Tirico and Paul Azinger hosted from the 18th tower, with Curtis Strange, Peter Alliss, and Sean McDonough calling holes, and on-course reporters Andy North, Bill Kratzert and Judy Rankin. Scott Van Pelt and Tom Weiskopf handled recaps during coverage. Most of ESPN's coverage was rained out on Friday, with a 7-hour rain delay during the middle of the day. NBC Sports covered the weekend action, with Dan Hicks and Johnny Miller hosting from the 18th tower, Gary Koch calling holes, and on-course reporters Mark Rolfing, Roger Maltbie, and Dottie Pepper. USA Network aired coverage of the singles live on Monday morning. The coverage was produced by corporate sibling NBC, with NBC's announcers being used on the telecast.

The European team consisted of:

The captain's picks were named on 29 August.

In the previous the Ryder Cup had been two wildcard places on the European team, but on 12 May 2009 it was announced that this had been increased to three.

The United States team consisted of:

The team was finalised on 7 September when the four wildcards were announced.

The team captains were Colin Montgomerie for Europe and Corey Pavin for the USA.

Each captain selected a number of vice-captains to assist him during the tournament and to advise the players on the course.

The European vice-captains were Thomas Bjørn, Darren Clarke, Sergio García, Paul McGinley and José María Olazábal. Olazábal was added as a fifth vice-captain during the tournament, when the revised format meant that there were not enough vice-captains to cover all six matches simultaneously.

Captains picks are shown in yellow; the world rankings and records are at the start of the 2010 Ryder Cup. Peter Hanson celebrated his 33rd birthday on the final day.

Captains picks are shown in yellow; the world rankings and records are at the start of the 2010 Ryder Cup.

In order to fit the intended number of matches into a schedule that had been condensed due to the weather, three sessions of four matches each were converted into 2 sessions of 6 matches each, requiring all 24 players to play during Sessions 2 and 3.

Play began in the third session on late Saturday afternoon. Team Europe was leading all six matches when darkness halted play. Start of play on Sunday was delayed until 13:20, due to severe weather overnight leaving running water on the fairways again.

Each entry refers to the Win–Loss–Half record of the player.

A concert, dubbed 'Welcome to Wales', was held at the Millennium Stadium in Cardiff on 29 September 2010, two days prior to the beginning of the Ryder Cup. The event replaced a planned traditional gala dinner and was introduced by celebrities and golf stars. The concert featured musical performances by international superstars, and was hosted by Steve Jones.

The concert was headlined by Lostprophets, with Shirley Bassey, Katherine Jenkins, Catherine Zeta-Jones and Only Men Aloud! also featuring in the 90-minute televised event. The European and US golfers appeared on stage to greet the audience. It marked Bassey's first appearance in Wales for over 5 years.

In December 2010, BBC Sport named the Europe squad "Team of The Year".

All content from Kiddle encyclopedia articles (including the article images and facts) can be freely used under Attribution-ShareAlike license, unless stated otherwise. Cite this article:
2010 Ryder Cup Facts for Kids. Kiddle Encyclopedia.