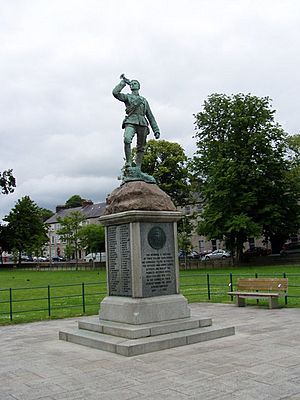 The regiment was formed in 1881 as part of the Childers Reforms by the amalgamation of the 87th (Prince of Wales's Irish) Regiment of Foot and the 89th (The Princess Victoria's) Regiment of Foot. The regiment got its nickname, the Faughs, from its Irish war cry "Faugh A Ballagh" (Fág a' Bealach, meaning Clear the Way) from the Napoleonic Wars. Regimental distinctions included a green plume worn on the left side of the headdress and an Irish harp as part of the badge. It was the county regiment for Armagh, Monaghan and Cavan, with its depot at Gough Barracks in Armagh. Militarily, the whole of Ireland was administered as a separate command within the United Kingdom with Command Headquarters at Parkgate, (Phoenix Park) Dublin, directly under the War Office in London.

The 1st Battalion saw action in the Anglo-Egyptian War in 1882.

Both battalions served in South Africa during the Second Boer War (1899–1902). The 1st battalion was present at the Battle of Talana Hill in October 1899 and the various engagements leading to the Relief of Ladysmith. Meanwhile, the 2nd Battalion saw action at the Battle of the Tugela Heights in February 1900. The 2nd Battalion was commanded by Colonel Richard S. H. Moody from January 1901 until the campaign ended in June 1902, when some of it returned to England on the SS Custodian, which landed at Southampton in August 1902. About 500 officers and men of the 1st battalion returned home on the SS Pinemore in October 1902, after the war had ended three months earlier. Some of the 2nd Battalion left South Africa for British India early the following year, and was stationed at Rawalpindi.

In 1908, the Volunteers and Militia were reorganised nationally, with the former becoming the Territorial Force and the latter the Special Reserve; the regiment now had two Reserve but no Territorial battalions.

The 3rd (reserve) Battalion fought in operations to end the Easter Rising in Dublin in 1916. Two of the Royal Irish Fusiliers were killed and six more wounded. 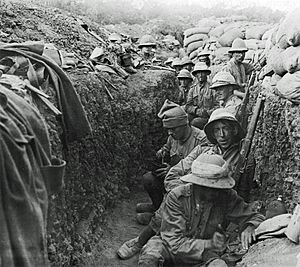 With the independence of the Irish Free State in 1922, all the Irish line infantry regiments of the British army regiments were to be disbanded. However, this decision was later amended to exclude four battalions. After a successful campaign by the Royal Irish Fusiliers (Princess Victoria's), it was agreed that the disbandment would not be of the most junior regiment, but of the two most junior battalions. These were the 2nd Battalion, Royal Irish Fusiliers, the old 89th Foot, and the 2nd Battalion, Royal Inniskilling Fusiliers, the old 108th Foot. 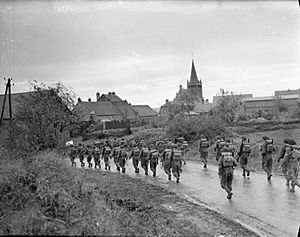 The 1st Battalion, which had originally been serving with 25th Infantry Brigade in the 50th Division, was sent to France in early 1940 to join the rest of the British Expeditionary Force. The battalion fought in the Battle of Dunkirk and was forced to be evacuated. After Dunkirk, the battalion became part of the 210th Independent Infantry Brigade (Home), which was later renumbered the 38th (Irish) Brigade. The brigade was initially attached to the 6th Armoured Division and served with them during the start of the Tunisian Campaign until 2 February 1943, when it was exchanged with the 1st Guards Brigade of the 78th Battleaxe Division. The battalion would remain with the division for the rest of the war, serving in the fighting in Sicily, where the Irish Brigade fought, with great success, in the Battle of Centuripe in August 1943. The success in Sicily was followed by the landings in the Italian mainland. During its service in Italy, the battalion took part in many river crossings and battles with perhaps the most famous being the Battle of Monte Cassino, one of the hardest-fought battles of the entire campaign and saw their final battle in Operation Grapeshot.

The 1st and 2nd battalions were amalgamated as the 1st Battalion in September 1948. The regiment was deployed to Jordan in June 1949 and to Gibraltar in December 1949, before arriving at Border Barracks in Göttingen in November 1950. It moved to Brooke Barracks in Berlin in June 1953 and then returned to the UK in June 1964. The regiment was deployed to Korea in July 1954 and to Kenya in January 1955 in response to the Mau Mau Uprising. It went to Harding Barracks in Wuppertal in June 1956 and deployed to Libya in August 1958 before moving to Trenchard Barracks in Celle in October 1961. It was sent on peacekeeping duties to Cyprus in June 1964 before returning home in September 1965. It deployed to Swaziland in April 1966 and to Aden in December 1966. In July 1968, the Royal Irish Fusiliers (Princess Victoria's) was amalgamated with the other regiments of the North Irish Brigade, the Royal Inniskilling Fusiliers and the Royal Ulster Rifles to become the Royal Irish Rangers.

The Royal Irish Fusiliers Museum is located on the Mall in Armagh, County Armagh, Northern Ireland. The exhibits include uniforms, medals, regalia and the two Victoria Crosses won by the regiment.

The Regiment was awarded the following battle honours. Those shown in bold from the two World Wars were those selected to be emblazoned on the Kings's Colour:

Recipients of the Victoria Cross:

Colonels of the Regiment were:

All content from Kiddle encyclopedia articles (including the article images and facts) can be freely used under Attribution-ShareAlike license, unless stated otherwise. Cite this article:
Royal Irish Fusiliers Facts for Kids. Kiddle Encyclopedia.