Salisbury is a city in the Piedmont region of North Carolina; it has been the county seat of Rowan County since 1753 when its territory extended to the Mississippi River. Located 44 miles (71 km) northeast of Charlotte and within its metropolitan area, the town has attracted a growing population. The 2020 census shows 35,580 residents, increased by some 28 percent to 33,663 between the 2000 and 2010 Censuses.

Salisbury is the oldest continually populated colonial town in the western region of North Carolina. It is noted for its historic preservation, with five Local Historic Districts and ten National Register Historic Districts.

Soft drink producer Cheerwine and regional supermarket Food Lion are located in Salisbury and Rack Room Shoes was founded there. 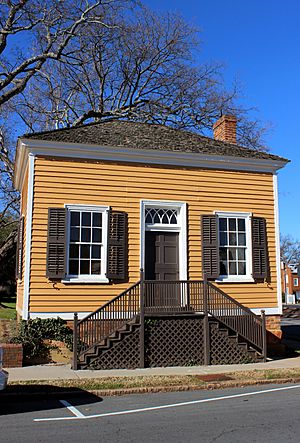 Salisbury has developed a strong record of historic preservation over the last few decades. It is the site of a noted prisoner of war camp during the American Civil War and has ten National Register historic districts. The city has many historic homes and commercial buildings dating from the 19th century and early 20th century, several of which are individually listed on the National Register of Historic Places. 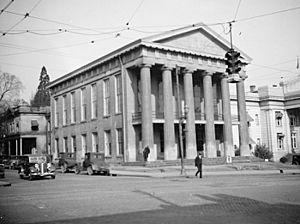 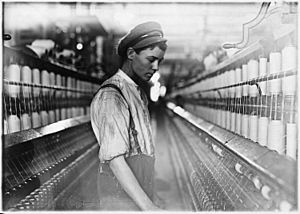 According to the United States Census Bureau, the city has a total area of 17.8 square miles (46 km2), all of it land.

In 1753 an appointed trustee for Rowan County was directed to enter 40 acres of land for a County Seat, and public buildings were erected. The deed is dated February 11, 1755 when Earl Granville conveyed 635 acres for the "Salisbury Township" The City was built at the intersection of a Native American trading route became an economic hub along the Great Wagon Road in North Carolina. In the late 19th century the City became a railroad hub as people traveled along the eastern corridor. In the 20th century, Salisbury's economy grew into an industrial based economy, in a large part because of textiles and the numerous mills operating in the city. 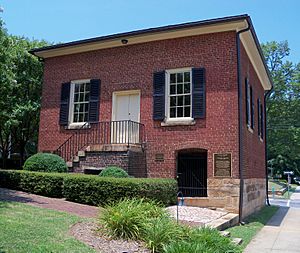 The Presbyterian Session House was built in 1855.

A walking tour begins at the Rowan County Convention and Visitor's Bureau and winds through the history of Salisbury and the state's Piedmont Region. Structures from the 19th century, as well as artifacts, such as the desk that President Andrew Jackson used when he studied law in Salisbury, are viewable. The Rowan Museum, located in both the Salisbury's 1854 Courthouse and the circa 1815 Utzman-Chambers House Museum, as well as the 1820 Hall House, provide information regarding Historic Salisbury. The City of Salisbury currently has 10 National Register Historic Districts with over 1,200 contributing properties.

Downtown Salisbury, Inc. and the Salisbury Community Appearance Commission offer a glimpse into the city's history through the Salisbury History and Art Trail. A series of markers throughout the city incorporate both history and art into the trail to assist in sharing events, stories, and experiences from Salisbury's past. The markers are organized info five broad historic eras.

Salisbury is characterized by a strong commitment to historic preservation, high levels of arts and cultural activity, a citizen base that places high value on arts education, and a strong local tradition of civic volunteerism. The city offers a growing population of professional and amateur artists drawn from many disciplines with vast support from local patrons and foundations.

A unique participation and support for the arts, coupled with that of an emerging downtown public art program, have provided Salisbury with a stable foundation for an exemplary cultural arts plan. The Salisbury Sculpture Show is an example of an existing public art program.

The local Rowan Arts Council offers a Rowan Art Crawl on the second Saturday of each month and provides access to more than 25 professional artists, studios, and galleries.

The Rail Walk Arts District, located near the restored Salisbury railroad depot, provides an array of artists and galleries.

The Salisbury Symphony Orchestra offers an opportunity to experience the joy and excitement of music.

The Fisher Street area of Downtown Salisbury, recently bricked and revitalized for use as an entertainment venue, has become the site for numerous outdoor concerts, special attractions, and holiday events. Brick Street Live, an outdoor summer concert series, takes place in Downtown Salisbury at the corner of Fisher and Lee Streets. The series offers performances by artists from diverse genres.

Amtrak's Crescent and Carolinian and Piedmont trains connect Salisbury with the cities of New York, Philadelphia, Baltimore, Washington, Richmond, Raleigh, Charlotte, Atlanta, Birmingham and New Orleans. The Amtrak station is situated at Depot and Liberty Streets. Salisbury is also served by Interstate 85, US Highways 601, 29, 52, and 70, and the Rowan County Airport.

Salisbury is an important point on Interstate 85 as it is just south of the halfway point between Charlotte and Greensboro. Exits 74 (Julian Road), 75 (US Highway 601/Jake Alexander Boulevard), and 76 (Innes Street/US Highway 52) are designated as Salisbury exits.

The City of Salisbury's Transit System (STS) provides public transportation and offers three routes. Each route arrives and departs from "the Transfer Site", which is located on Depot Street. Any member of the general public may ride the Salisbury Transit bus. Salisbury Transit does not operate on Sundays and some holidays.

Salisbury is home to a downtown area that encompasses several blocks near the intersection of Innes Street and Main Street. Because of the decline in the textile industry and the rise of suburban malls, the downtown area still has vacant buildings. The retail features more unique, locally owned businesses and merchants. Downtown Salisbury provides an array of shops, antique stores, and cultural attractions. Downtown Nights Out, held from time to time throughout the year, provide opportunities for late night shopping, musical entertainment, and fine dining.

In 2015 Salisbury's Fibrant system (later called Hotwire) became capable of 10 gigabit capacity town-wide; it is thought to be the only town-owned system in the world with such capacity.

Major employers in Salisbury include the headquarters of Food Lion, a regional grocery chain that is one of the US subsidiaries of Delhaize; the W.G. (Bill) Hefner VA Medical Center, the City of Salisbury, and the County of Rowan. Novant Health Rowan Medical Center and the Rowan Salisbury School System, are also major employers. Smaller employers include textile mills and other manufacturing businesses. In 2019, the pet food retailer Chewy announced it would build a 700,000 square foot facility employing 1,200. 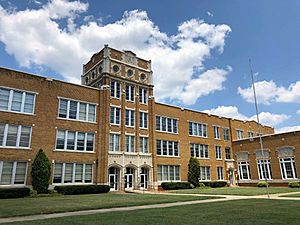 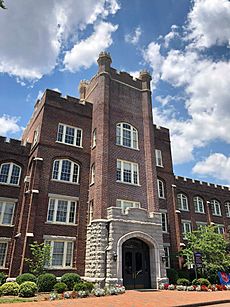 Salisbury has a number of educational institutions, both public and private.

The Rowan–Salisbury School System was formed in 1989 after the merger of the Rowan County Schools and the Salisbury City Schools. Most notable is Salisbury High School. There is one charter school in Rowan County, Essie Mae Kiser Foxx Charter School, in East Spencer.

Many private schools, both inside and outside the city of Salisbury, serve its citizens. Some schools were founded as segregation academies when the public school system was integrated.

Salisbury is also served by Interstate 85, US Highways 601, 29, 52, and 70, and the Mid-Carolina Regional Airport (formerly Rowan County Airport).

Salisbury is just south of the halfway point between Charlotte and Greensboro. Exits 74 (Julian Road), 75 (US Highway 601/Jake Alexander Boulevard), and 76 (Innes Street/US Highway 52) are designated as Salisbury exits from I85.

The City of Salisbury's Transit System (STS) provides public transportation and offers three routes. Each route arrives and departs from the " Transfer Site", which is located on Depot Street. Any member of the general public may ride the Salisbury Transit bus. Salisbury Transit does not operate on Sundays and some holidays.

Novant Health Rowan Medical Center and affiliated doctors' offices provide a majority of the city residents' healthcare. The W.G. (Bill) Hefner VA Medical Center is a veterans' hospital in Salisbury and is operated by the United States Department of Veterans Affairs.

All content from Kiddle encyclopedia articles (including the article images and facts) can be freely used under Attribution-ShareAlike license, unless stated otherwise. Cite this article:
Salisbury, North Carolina Facts for Kids. Kiddle Encyclopedia.