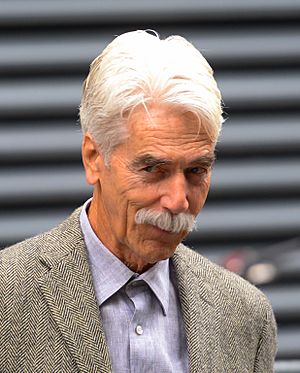 Sam Elliott (b. August 9, 1944) is an American actor. A combination of his tall and slim physique, along with deep resonant voice have led to him being cast as cowboys and ranchers in Westerns. He played General John Buford in Gettysburg. He began doing the voice of Smokey Bear in 2008.

He was born in Sacramento, California.

All content from Kiddle encyclopedia articles (including the article images and facts) can be freely used under Attribution-ShareAlike license, unless stated otherwise. Cite this article:
Sam Elliott Facts for Kids. Kiddle Encyclopedia.