Soho is an area that is in Central Birmingham and Smethwick, approximately 2 miles north west of Birmingham city centre on the A41. The name is an abbreviation of South House, denoting that it was located to the south of Handsworth. The section of the A41 separating Handsworth from Winson Green is known as Soho Road.

Soho expanded dramatically during the 19th century with the construction of numerous houses and factories, and immigration from the Commonwealth was centred in these homes during the 1950s and 1960s. Most of the immigrants who settled in Soho were of Indian origin.

Further housebuilding took place by the local council during the 1960s and 1970s.

Until 1911 the part now within Birmingham formed part of Handsworth District, and is now a ward within the council constituency of Ladywood.

Soho Ward has adopted a Ward Support Officer with the current holder of the title being Tariq M. Khan.

In 2014, James Turner Street, in the Winson Green area of the ward featured in the TV series Benefits Street. 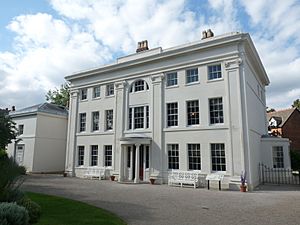 Industrialist Matthew Boulton opened his "Soho Manufactory" (an early factory) there in 1761. Boulton himself resided at Soho House, now a community museum of the Birmingham Museums & Art Gallery run by Birmingham City Council.

The parish church is dedicated to St John Chrysostom. The area is served by Handsworth Library.

Winson Green Prison and City Hospital are located within the Winson Green area of the ward.

Soho is home to a Train Care Depot and the Soho Foundry, which was Matthew Boulton and James Watt’s famous factory. Most of the rest of the area is industrial with some housing. 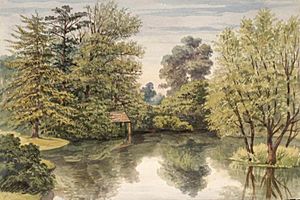 Soho had stations on the LNWR's Stour Valley Line between Smethwick Rolfe Street and the also closed Winson Green railway station, and on the GWR between Handsworth and Smethwick (now Handsworth Booth Street) and Hockley (replaced by Jewellery Quarter). It is currently served by the Midland Metro on the former GWR line with a stop at Soho Benson Road tram stop.

All content from Kiddle encyclopedia articles (including the article images and facts) can be freely used under Attribution-ShareAlike license, unless stated otherwise. Cite this article:
Soho, West Midlands Facts for Kids. Kiddle Encyclopedia.